You are here: Home / Family / Do Mennonites Play at the Splashpad?

On a hot sunny Sunday in August we took a ride out to the county and visited the big park/beach/splashpad that lies along the shores of Lake Erie, somewhere between Kingsville and Leamington. I sat at a nearby table watching as my daughters splashed and played. I noticed a handful of young girls with their hair carefully tied back, dressed in home sewn dresses. I would guess they were Mennonite, given that there’s a large Mennonite community in the area. It was ridiculously hot out and I felt a bit sorry for these girls that were lined up just outside of the splash pad, staring through the fence at the other kids playing in the water with what seemed like longing on their faces.

The next time I noticed the girls they had taken their shoes off and the entire group of them had walked out into the splashpad, in their Sunday dresses. It stuck me as weird. Incongruous. They looked out of place, almost like time travelers. At first the girls seemed hesitant, but soon enough they were running and splashing and playing. I couldn’t help but wonder if what they were doing would be ok with their parents (who weren’t evident at the time), or if they would get in trouble when they returned to them sopping wet. Then I noticed a pair of younger kids, whose parents were nearby along the sidelines, running into the water play area dressed from head to toe in their Sunday best. A bit weird, right? (And I say this as the woman who had her daughters covered from head to toe in their “swim dresses”. It’s my feeling that the less skin showing the better, as far as UV exposure is concerned. The less bits I need to slather sunscreen on, the better. My youngest is the one in the blue dress in these photos). 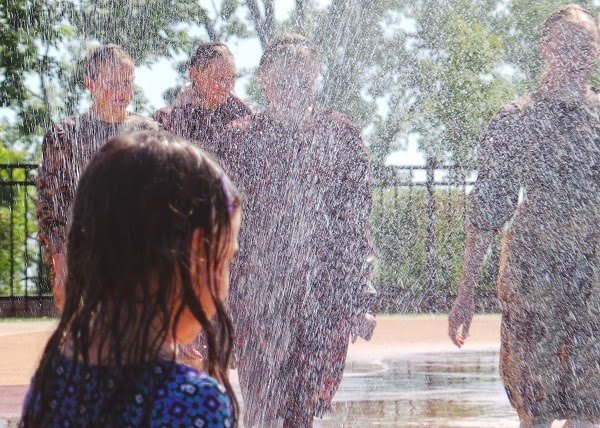 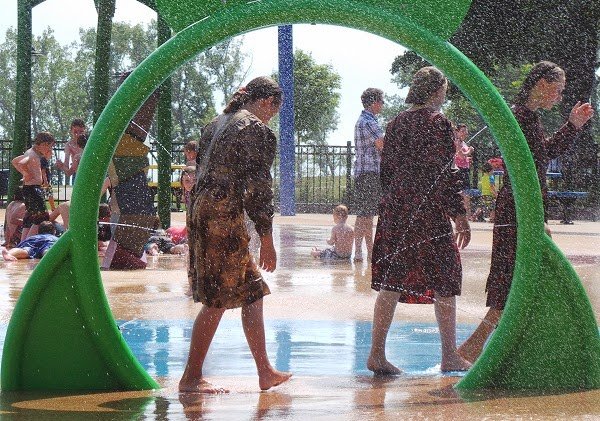 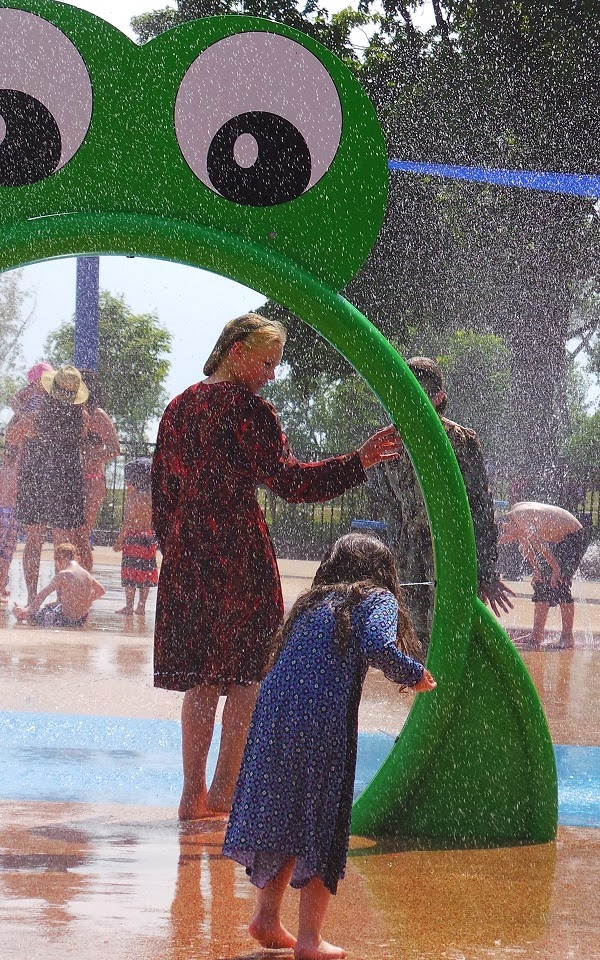 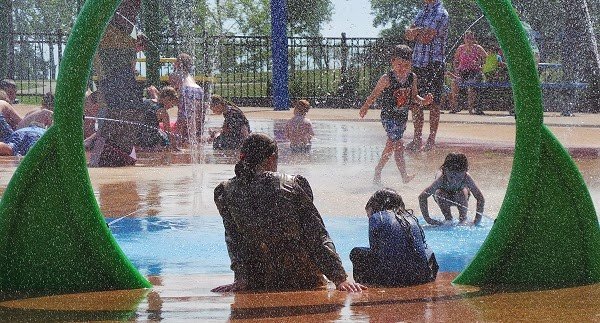 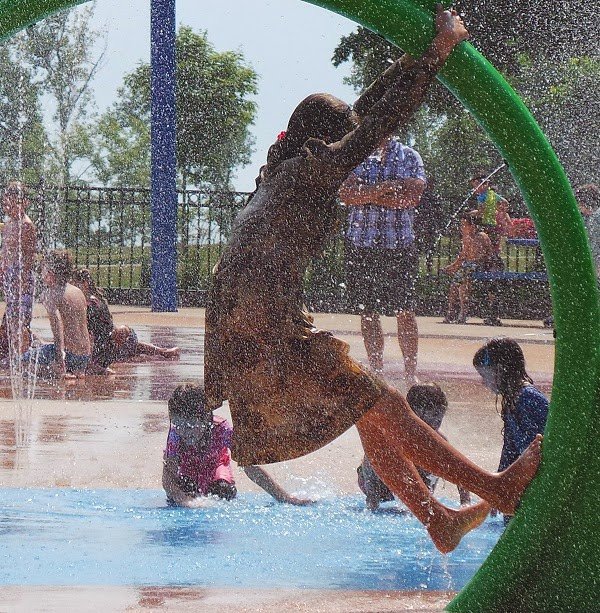 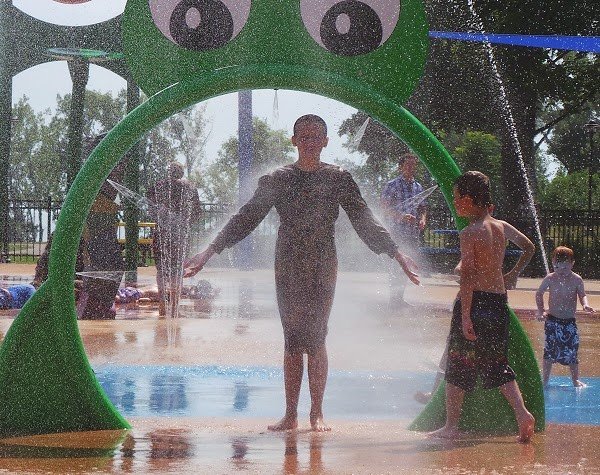 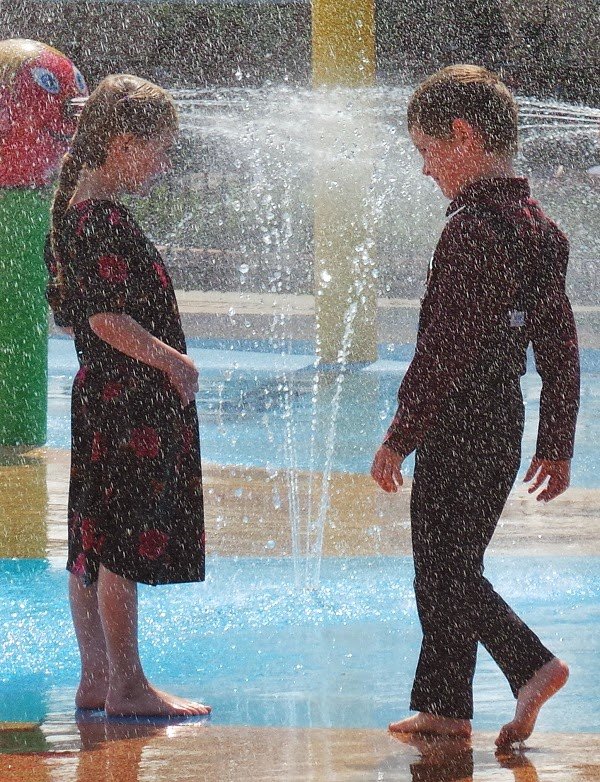 So what do you think? Have  you ever seen the like? Weird or perfectly normal? Think their parents minded that they went for a dip? 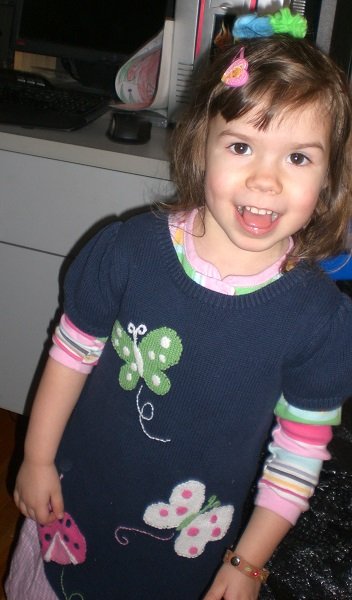 S is for… Sisters!

Let me count the ways…