You are here: Home / Family / And She Sleeps…

Right around her first birthday Rocket went through a phase where she refused to sleep.  I was at a loss, as I stumbled around in a zombie like haze. I wrote about it on here and many of you responded with helpful suggestions, for which I am so thankful. I wanted to write and say thank you, and give you all an update.

Rocket was freaking out every time I laid her on her back, to the point that I wondered if something was physically wrong with her. Yet, until several of you suggested it, it never occurred to me to lay her down on her stomach to sleep.  It’s sort of like that bad joke; where the patient says “Doctor, it hurts whenever I wiggle my toes… what should I do?” to which the Doctor replies, “Don’t wiggle your toes!”  A ridiculously obvious solution, yet I was blind to it.  I started placing her on her side when I laid her in her crib, at which point she would either roll onto her back or her front and settle down.  That one small change made a world of difference.

We had plans coming up to go out of town without the children over night.  With the baby refusing to sleep, we wondered if we should cancel. We discussed it and decided to go ahead and leave her at my parents overnight.  They had a horrible time of it, and the baby slept very little. We got home late in the day and we had to wake her the baby up to take her home, for which I felt rather guilty.  When we got home I nursed her and laid her down, at which point she proceeded to sleep through the night, not waking until 6:30 the following morning. I was thankful for the rest, but figured it was fluke brought about by her exhaustion and lack of sleep.  However, since that night things have continued to go relatively smoothly.

I also started tucking a doll in with her at night.  I lay her down, let her choose a position, and then I lay a stuffed animal down next to here.  I cover them both over with a blanket and tuck them in.  I tap the doll and say “Night, night kitty.” and then I touch my daughter gently on the face and say “Night, night, Rocket”.  It seems to distract her from how upset being laid down makes her.  Every couple of days, I switch up what animal I lay down with her, as I worry about her becoming irrevocably attached to say the stuffed cat doll, and then somehow losing it.

Did the small changes I initiated make the difference?  Did staying at my parents overnight cause a break in her (bad) routine?  Maybe whatever was bothering her simply passed.  I don’t know.

I am still rocking her in the chair and nursing her at bedtime.  As before this rough patch, some nights she is asleep, or mostly asleep when I lay her down, and other nights she is still awake.  I am not intentionally keeping her awake until I lay her down.  She does still sometimes protest and cry.  The difference is, she is not jumping into an upright position and screaming her head off each and every time I lay her down. Also now when she does cry she settles down after a few minutes.

Next up, now that she’s a year old, I plan to wean her from nursing throughout the night. Well, maybe in a week or two. Right now I am enjoying the relative calm, and the rest!  Thanks again to all of you who wrote me or responded.  Any tips on phase two (night weaning)? 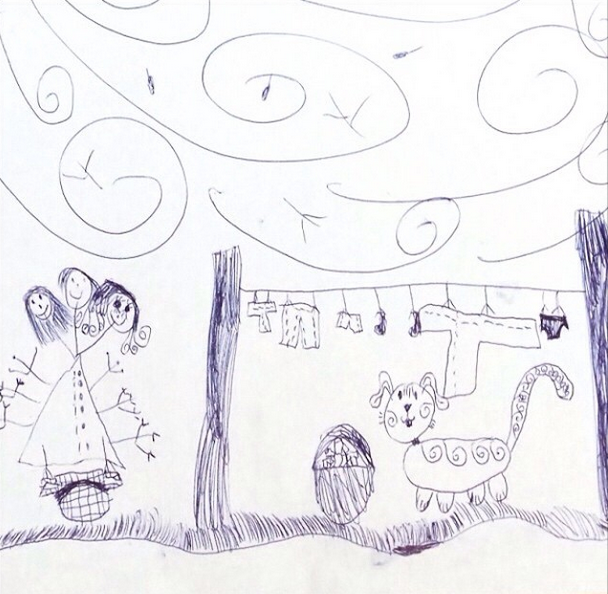 On a Windy Day You Can See the Polka-Dots 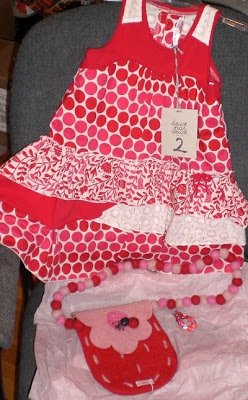