You are here: Home / Family / Parenting / Get your butt off the computer and… Play!

As most of you know, I was really torn about Rainbow starting Junior Kindergarten.  Do you know what she does all day at school? For 99% of the day they play! During the teacher interview at the beginning of the year they even gave out pamphlets on the importance of play, and how children learn through play and exploration.  Though I still have mixed feeling over whether or not she’s actually benefiting from attending J.K., as she already plays at home with me throughout the day, I do wholeheartedly believe in the power of play.

“Play nourishes every aspect of children’s development – it forms the foundation of intellectual, social, physical, and emotional skills necessary for success in school and in life.” ~ Canadian Council on Learning

I also think it’s really important to make the time to play WITH our children. To that end my new (school year) resolution has been to spend more time playing with my kids.  Since we miss Rainbow so much on the days when she’s at school, it just seems silly to ignore her when she is here. I am still a total computer addict that can’t help stopping in the computer room to check my email or Twitter at least a dozen times a day.  However, when my daughter says come play, or come see what I made – I do it. Immediately.  I want her, well actually both of my girls, to know they are far more important to me then the computer. I remember reading somewhere that you can never spoil a kid by giving them too much love and attention, as something that is spoiled is by definition something that is left to sit on it’s own and rot.

This blogging thing can be time consuming, but I constantly remind myself that I am a stay at home mom first and a blogger second, not the other way around.  I will admit with some embarrassment that I was falling into the trap of telling my girl just a minute, and then that minute turning into ten or twenty.  No more.  For the last month now, when my daughter asks me for something when I am on the computer I say yes, and I get my butt of the computer and go play.  You know what? While stepping away mid-sentence can sometimes be annoying it is totally worth it, and I’ve found that really there is nothing so darn important going on on the internet that I can’t turn away and come back later.  Besides, it’s not like I do my best work when the kids are interrupting me and pulling on my hair. That’s not to say that I’m not still writing the occasional post with a baby sitting on my lap and Sesame Street playing on the second monitor, it’s just happening less often.

While I understand the need for unstructured, unguided play and plenty of time (in a safe environment) to explore on her own, I also think it’s incredibly important to get down on the floor and invite my child to share her world with me. One of Rainbow’s favourite one on one moments is sitting down with me while Rocket is napping and sharing a Kinder Surprise egg.  We each eat half of the egg (what, you think I’d let her get all the chocolatey goodness?), and then we work together to assemble and the play with her new toy. Sharing a Kinder Surprise egg is a guaranteed half-hour minimum worth of fun, and when we’re done she has something new to add to her Kinder collection.

So I’d love to know, what do you folks do to make time to play with your kids?

Disclosure: I’m part of the Kinder® Mom program and I receive compensation as part of my affiliation with this group. The opinions on this blog are my own. 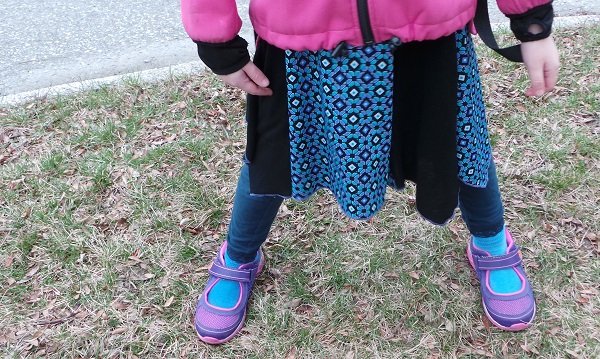