I’ve got really ambivalent feelings about this whole Santa thing. My oldest is only six and things are already getting messy. For example, why the heck did we add in Elf on the Shelf? It just complicates matters! I now I have fend off questions like, “Sally at school told me the elf isn’t real. She doesn’t have one at her house but she saw piles of them at the store. And mom, why does our elf have a tag on his butt?”

This year marked the first time my daughters have had a visit with a mall Santa. I was busy at my mom’s house helping make arrangements for my Dad’s wake and hubby took the girls shopping. Two weeks into December and the gifts are already bought. I don’t need my daughter sitting on some strangers knee and popping out requests I might not be able to comply with. It’s bad enough that I caught her chatting with the elf, which she’s not certain she believes in, about her Christmas requests. Goodness knows what she might say to him when I’m not in the room. (No, seriously, why are we doing this Elf thing??)

Anyroad, apparently the mall Santa asked my darling girls what they wanted for Christmas and the little one said, “Wow, I don’t know!” and the big one said “Surprise me.”. Bless their easy little hearts. Whew. Potential crisis adverted.

But then a week later my 6 year old had a disappointing experience with Santa Claus. Her grade school went to the nearby highschool for a special Holiday morning. They did Christmas activities, sang carols, played silly games and Santa himself was there. He asked each child what they wanted for Christmas. Then the kids lined up and Santa gave them each a gift out of his magic bag. Which was basically dollar store crap. My daughter came home with a picture book. And she was teary eyed and upset as she explained to me that she had asked Santa for a dollhouse, but he gave her a book. I said, Wow, well Santa must know how much you love books! Wrong answer. Turns out Santa didn’t even give her the book, he gave her some sticky star thing that she traded to another kid, and that’s how she got the book.

I asked her, “Umm… where’s the dollhouse thing come from? I thought you asked Santa for a surprise?” She went on to explain to me how she had changed her mind, and how she wanted a dollhouse because a little boy at school had described one to her, which was so big it was for Barbie dolls. And my kid, who by the way never sees network TV and thus has never laid eyes on a toy commercial, went on to give me a pretty exact description of the Barbie Dreamhouse. This is one of those moments when I am wondering why I don’t homeschool.

My daughter goes to public school. They don’t even learn Christmas carols in music class, instead she comes home having memorized the words to Gangnam Style (I have reservations about my six year coming home from school singing “Hey sexy lady”, but that’s another post in and of itself). They don’t have a holiday concert. They learn about different faiths and different beliefs in her class, which I think is great. There are kids in her class who do not celebrate Christmas. So my question is, why the heck did they bring them to see Santa Claus?

And I’d love to ask that Santa a question or two. Such as: Why even ask what they want?? I’m not there, I had no clue she was meeting up with Saint Nick, why is he even ASKing what she wants? And even if he felt compelled to go with the typical, “Ho ho ho, and what do you want for Christmas little girl?” script, why the heck didn’t he explain that the gifts would be coming Christmas eve?

My daughter said one of the boys in her class was so angry that Santa didn’t give him what he asked for that he threatened to kill him. “If I see him again I am going to knife him.” was the exact quote. I told my girl that I was pretty sure threatening to kill Santa wasn’t going to get you the results you wanted. (And why is your six year old classmate threatening to knife anyone? Again, I find myself wondering why I don’t homeschool. Oi.)

I gave my daughter the same spiel my mom gave me thirty some years ago, Santa can’t be every place at once. When you meet him at the mall, or at a party, it’s likely one of his helpers. But personally, I’m starting to think some of his helpers suck. I mean the Santa at this school event managed to get one kid into a homicidal rage and sent my daughter and her little friend home in tears. I’m starting to wonder if some twisted jerks don’t just play Santa poorly on purpose for laughs. (Yeah I told Timmy he could have an AK-47 AND his own horse, wish I could see his face Christmas morning, ho ho ho.) 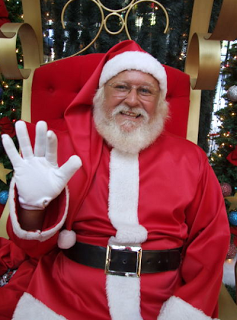 How do the rest of you deal with this sticky December mess?

Playing on the Old Banjo, or the start of My Daughter’s Banjo Obsession 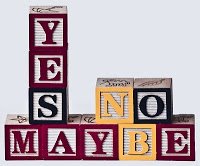