You are here: Home / Family / The One Where My Kid Begs Me to Let Her Clean the Floors, a.k.a. The Grandma Effect

My girls stayed overnight at my mom’s place Friday night, giving hubby and I a chance to sneak out for date night. We ate out, tried out a new local brewery that opened recently, and then went home and played board games until almost 2am. Wild. Night. Out.

The next day I pried myself out of bed at ten something in the morning. My timing was impeccable. Pretty much the moment my foot touched the kitchen floor there was a knock at the side door. My mom stood there, looking haggard and tired out, with my youngest daughter in tow. She told me Rocket was being a terror, that she was miserable and tired, that she had refused to sleep, had cried and screamed at bedtime, and had gotten up at 5am. She dropped off just the one child, saying she would be keeping Rainbow for a bit longer and taking her grocery shopping.

I sat down to eat breakfast. The five year old told me she was starving, but she refused to eat any of the things I offered and instead stood there sobbing and whining. She was being ridiculous, so I ignored her. Her phony mellow dramatic sobs grew muffled as she threw herself down across a dining room chair. I continued to ignore her and finished eating my leftover salad.

As I finished the last mouthful I realized it had grown very quiet. I peered around the edge of the table to find Rocket laying face first on a dining room chair, very quiet and unmoving. She seemed to be asleep, but there was no way anyone could fall asleep in that position. I walked around and examined her from all angles. She didn’t move. A soft snoring sound started coming out of her. I laughed quietly to myself and took a few photos, still finding it hard to believe that she could pass out with her toes pressed against the floor and her face buried in her hands.

She stayed like that for about half an hour, then woke up just as miserable as before, insisting that she most certainly was not tired and most definitely had never fallen asleep. What followed was a few horrid and headache inducing hours of Not Fun with Miss Grump, until finally big sister arrived back at home.

Rainbow pranced into the house and danced and twirled around the kitchen. She was bouncing up and down with excitement, wanting to tell me the ah-maz-ing things she had done with Mimi and just her. She was babbling, literally giddy with excitement. I was genuinely curious to know what her and her grandmother had done together while I had been hanging out with Miss Crankypants.

I almost laughed when she finally revealed The Big Exciting Thing that she had gotten to do — use a Swiffer and clean Mimi’s floors.  Her little sister listened with growing envy as Rainbow bopped up and down and loudly told me how she had used the Swiffer to sweep Mimi’s floor… in every room! Yep. My daughter was giddy with excitement because her grandmother let her clean the floors in her condo.

Then she begged me, actually begged me, to please, pleeeease, get out the Swiffer and let her clean all the floors in our house. Um. Right. Let me just think about that for a minute. Hm.. I don’t know….

Ha. Of course I wasn’t exactly reluctant to let my daughter clean and tidy as much as she wanted. She went from room to room moving things and reorganizing, getting each space ready for her to run the Swiffer over it. While Rocket dissolved into a foot stomping fit of jealousy and ended up getting sent to her room to cool off for a bit.

I went into the closet and dug out my very sad looking Swiffer, which I’ve had since like 1999. The edges are dinged up, with little bits missing here and there, from where the base has gotten caught against the closet door time and again. My daughter looked at that beaten up old thing with disappointment and disgust. “Mimi’s is much nicer.”

Then I remembered that awhile back P&G had sent me a Swiffer Sweep and Trap. I dug around until I found it at the back of the closet, sitting waiting to be used, still in the box. My daughter was ecstatic. Apparently, if you’re seven years old and you think being allowed to Swiffer the floor is the most exciting thing ever, being handed a brand new, you got to help assemble it, Swiffer to do those floors with is better than Christmas. I’m not kidding. My kid was over the moon, woo-hoo, giggling with glee, excited about having a shiny new Swiffer broom to use. I had a really hard time keeping a straight face and maintaining my whole, “well, I’m doing you a favour here kid and since you’re so good, I guess you deserve a treat” façade.

Since big sister was obviously having so much fun, zooming the Swiffer Sweep and Trap back and forth over the floors, Rocket soon forgot all about her grumpy mood and was begging to be allowed to have a turn. Next thing I know Rainbow is helping Rocket, showing her how to hold the handle just so, and they are taking turns gliding the Swiffer up and down our hallway floors. 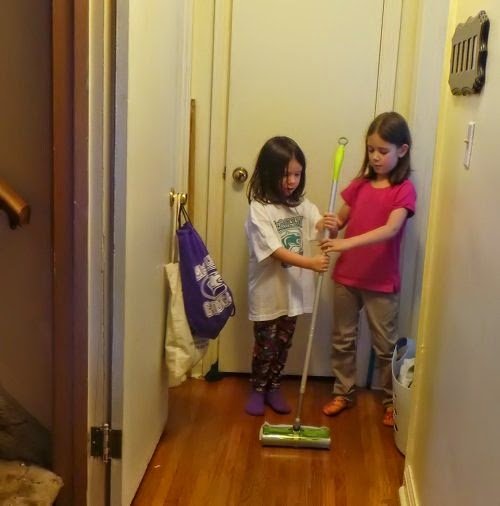 Not to be left out I had a turn with the new Swiffer as well. I was impressed with the way it easily pivoted, and was able to get into all the weird corners and edges along my kitchen floor. I was also happily surprised by how easy the “trap” part was to remove and dump out. I like it. I’m a fan of Swiffer in general, and this felt like an improvement on the original generic broom, without overly complicating things — aka no cords, no batteries, no wet things.

When we were done Rainbow, still beaming with pride, tucked the Swiffer Sweep and Trap carefully into the closet, referring to it as “her Swiffer”. I’d love to know what kind of magic spell my mom cast on my kid to get her hooked on cleaning floors. It’s got to be a Grandma thing, because I certainly don’t remember my mom possessing any such Mary Poppins like abilities when I was young. Now if I could just get her to come up with some magical Grandma mind trick that convinces my girls to keep all the darn toys off the floor for more than five minutes in a row, I’d be set.

What about you guys? Have you ever experienced the “grandma effect”? Do your little ones ever take over Swiffer duty? Do your kids love to clean or loathe it? 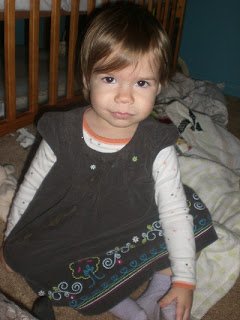 Where’s Baby in the Camera? 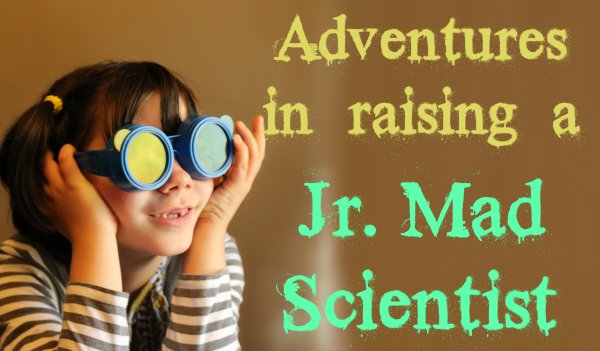 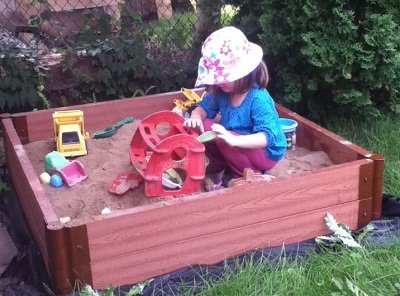