I received a little Christmas surprise from Bibagogo. A bib each for my two girls!  These bibs are pretty ingeniously designed. They roll up nicely to fit in a purse or diaper bag. On the reverse of the bib, there is a pocket at the bottom designed to hold a spoon, and two side pockets for holding two wee face cloths.  The bib set includes the two washcloths and a Heinz baby spoon.  Though if you already have your own favourite utensil it would easily fit in here.  I managed to stow both a small fork and spoon in Rainbow’s with no problem. 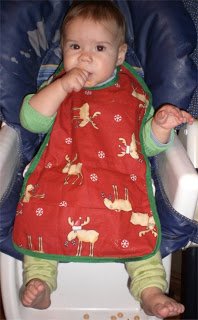 I was a bit on the fence about the face cloths.  Normally when eating out I use those wee individually packaged wet towelettes to clean up.  I pocket them whenever restaurants offer them and save them for using when eating out with the kids.  But  you know what? A washcloth does the job WAY better.  The wee cloths included in the bib sets were quite nice. Very soft, nice quality wash cloths. I didn’t feel nearly as silly dipping one end in my water glass as I thought I would. End result, much cleaner children and no garbage left over. Rainbow was smitten with hers and quite pleased to use it to scrub her finger tips.

The bib material appears to be quite water resistant. Rainbow managed to dump a glass of apple juice in her lap while wearing her Bibagogo and the juice didn’t soak in at all. It just sort of pooled on top. Allowing me to quickly clean it up with a paper napkin.

I love that Bibagogo is both designed here in Canada and made in Canada. The bibs are extremely well made and quite sturdy.  The snaps look like they will stand up to repetitive use. The bibs fit both the ten month old and the three year old quite nicely.

On the negative side, they are a bit on the large side when rolled up.  They fit in my purse, but not with much room to spare. I usually carry one of those wee plastic bibs, and it rolls up much smaller.  But then the spoon (if I remember it) ends up at the bottom of my purse, and sort of dusty. This all in one solution is pretty slick.  They are nice big bibs, that tuck under the table edge, and are large enough to double as a changing pad in a pinch.  The ones I received for the girls were in a festive reindeer pattern. Yeah people might be looking at me a little strange when I’m still pulling these come April, but they are so great that I can’t see putting them away until next year!

The Wash Test…
The tags say hang or lay flat to dry, but the handwritten note I received said go ahead and throw it in the dryer.  And I know the way things go in my house they’ll end up in the dryer by mistake at some point. So I decided to test it out. I washed them each twice and hung one of the bibs to dry and put the other through the dryer. They both came out fine. I can’t even tell which one went through the dryer.

Overall I think Bibagogo is a perfect addition to any diaper bag, and would make an excellent baby shower gift. They retail at $30 which is a bit on the pricey side, but they have combo deals on their website.

EDIT: I later revisted this item. Check out my review recap here to discover how this item did over the long haul.

Disclosure: I was provided with two bib sets from Bibagogo. I was not requested to write a review. The opinions expressed are my own and were not influenced by the company or the product provided. 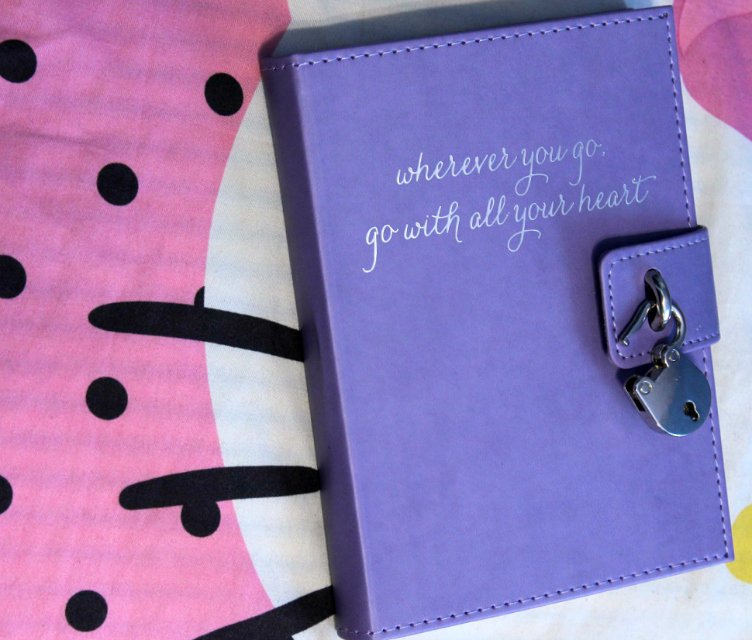 Three Tactics For Building Connections with Your Tween