Yesterday Grace woke up, came into the computer room where I was sitting here typing, and the very first words out of her mouth where not the usual, “I’m ready to start my day!” or “Where’s my juice?”  but rather “I have to tell you something… I’ve never been to a beach with sand. I’ve never. When I grow up to be a big Grace. I want to do all the stuff that I’ve never done.”

Well, that was sort of out of left field.

Then later when we were up in her little sister’s room she came out with:
Give Gigi my baby doll.
Put it in her crib and she can sleep with it every each day…
because I’m growing up and I’m going to be a mommy soon.
So Gigi can have my toys because she’s growing up and soon she’ll be a kid!

Hey, not so fast my child, you’ve got a ways to go yet…. I think you’re going to still want your toys for while…

She occasional just randomly feels the need to tell me things like:….

I’m going to ride on an airplane.
And go to Texas.

Presumably because it’s where her grandparents go every winter.

And sit on a beach.

Where’d the beach fascination come from? Do they have beaches in Texas?

And go to class and learn things.
And play the Banjo!

I guess she’s got growing up on the mind. It’s probably because we praise her so often for being a wonderful big sister. Or because we are always going on about how cool it is that she gets to wear big girl panties.  Either way her time sense is skewered.  She will say things like, “I will sing Lullabyes to Mimi when she is a little baby.” or “When you are little and I am big we will…” Or she will pick out a piece of her sister’s clothes and tell me, “When I am little I will wear this”. She seriously thinks that sometime soon she will be a baby again. She also thinks that she’ll wake up, say one day next week, and be a grown up.  I know these days fly by, but we’ve still got a ways to go.

Anybody else’s kids have strange ideas about growing and shrinking? What do your little ones want to do when they grow up? 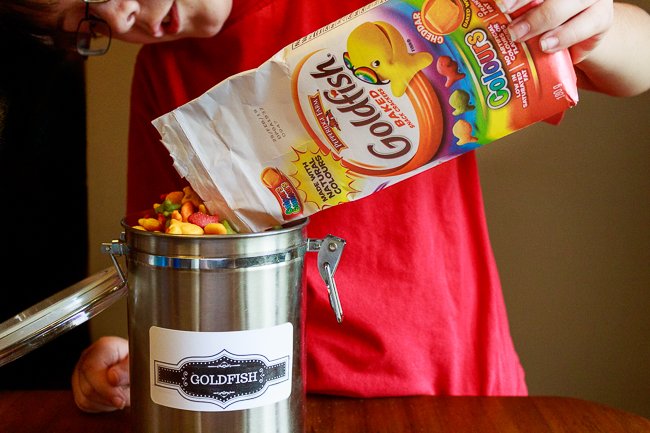 Settling the Back to School Jitters with the Goodness of Goldfish 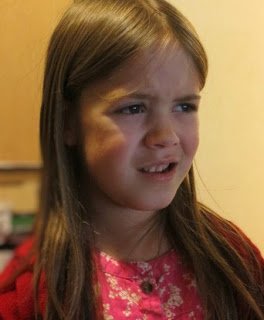