You are here: Home / Family / Silly Kids / Once a time…. Stories that Three Year Olds Tell

My three year old’s story telling skills amuse me. She will often sit at the dining table with me after lunch and tell me “the story from her head”, which always starts with “Once a time” and often features inanimate objects such as hair or cutlery that “walk with legs” and come to a bad end when they go into the dark forest after their mum tells them not to. 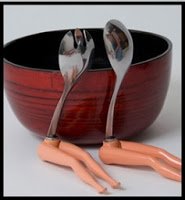 Today she was on the telephone with her grandmother, sharing one of her stories. I happened to be sitting right next to her in front of the computer at the time so I transcribed it.

Once a time, there was a fork, but with arms and legs and she was walking in the dark forest when her mom didn’t tell her to. And that’s bad, right?

And then the fork she find another home and she went in and people were not there and so she was saying, “This my house!” Cause everybody was gone except for her but the other guy must be gone right like me, that’s what the fork say and that’s the end.

It’s a much happier ending than her usual fare, normally the protagonist ends up dead. She’s got a morbid streak my girl.

What sort of silly tales do your little ones make up? 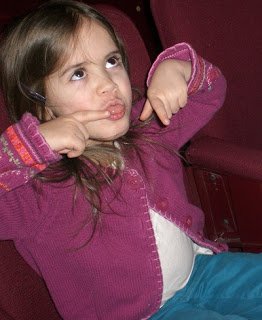 G is for… Goofball
Formula Drama, or How to (Not) Poison a Baby 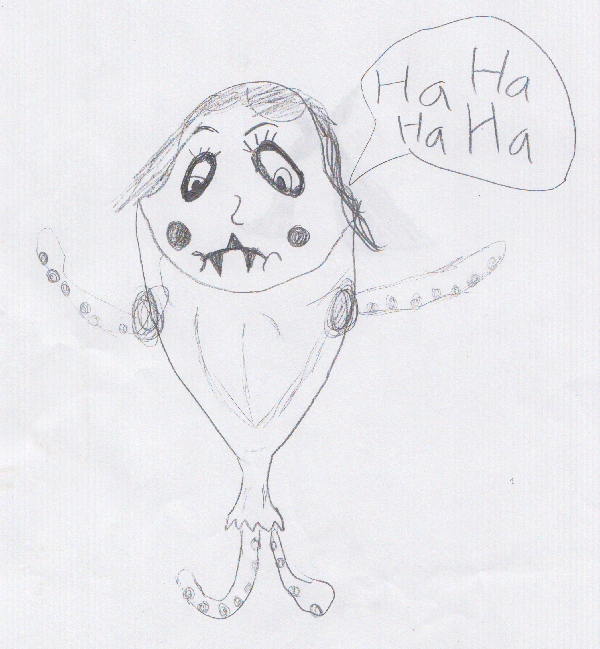