You are here: Home / Family / Silly Kids / Star Wars, from the viewpoint of a Four Year Old….

My husband has long been awaiting the moment when he could introduce our kids to Star Wars.  He tried getting Rainbow to watch the first Star Wars movie when she was three, but she didn’t want to see anything with even the hint of violence.  As soon as people started shooting lasers, she was done. 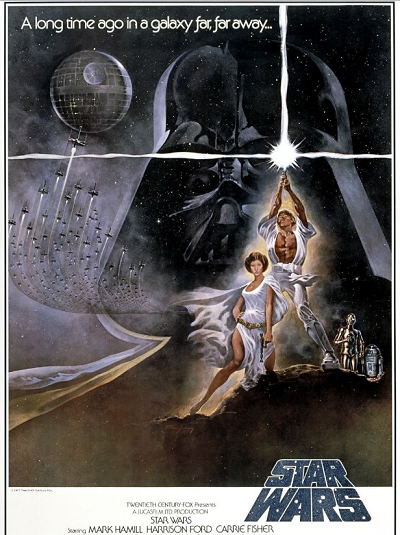 A year later and my husband decided to give it another go, his reasoning being that he was about 4 years old when he first saw Star Wars in the theatre. And this time it worked. He is super excited to be sharing his favourite films with her, and Rainbow has been enjoying watching the “special movies that daddy watched when he was a kid!” The two of them curl up on the couch downstairs and watch and discuss, and then I get the Rainbow recap when it’s all over.

I found my daughters versions of the films to be somewhat amusing, so I thought I would share with you the Rainbow abridged version of the first three Star Wars films:

Episode IV: A New Hope
There are good guys and bad guys. One of the really good guys is a farm boy. He’s a hero! He has friends. The farm boy and his friends rescue a Princess. And then they all get nickles. (Translation – The heroes all get medals at the end of the film.)

Episode V: The Empire Strikes Back
They get captured, up in the clouds! Three guys get captured then the other good guy saves them. Up in the clouds!! (Apparently Cloud City is quite exciting when you are four.) It had a sad ending. (She didn’t want to elaborate on why exactly she thought it was sad.) (I thought she’d get excited about Yoda, but nope. Zero interest in the little green guy.)

Episode I: The Phantom Menace
There are two Jedi and a little boy. The little boy gets to fly a spaceship. Wahoo!  One of the Jedi falls down a hole and dies. It’s a little bit sad, but it’s ok because there is still one Jedi left to take care of the boy! (I love how in her mind it’s all good as long as there is someone left to take care of the kid.)

Yes, my husband decided the perfect order for the films to be viewed by someone who has never seen them before would be the first two original films (Episodes 4 & 5), then the Anakin backstory/flashback to episodes 1, 2 and 3, followed by Darth Vader’s defeat/redemption in the final film (Episode 6). Yeah, I told you, he has been putting way too much thought into this and planning it for quite some time. 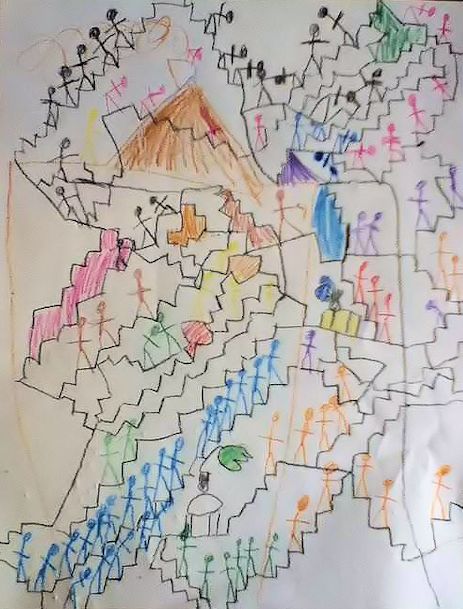 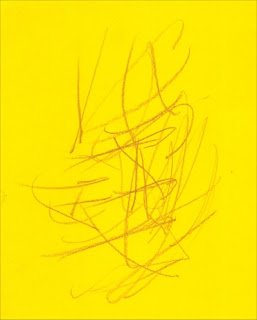 S is for… Swimming and Scribbling Too 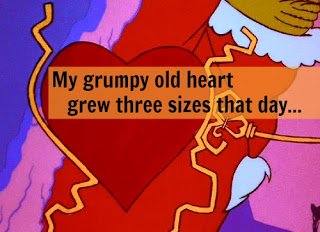 The One Where My Kid Admits She Lies to Me Daily…. And My Heart Explodes…