You are here: Home / Family / Into the Woods… Camping & Kiddos
25shares

Last week I neglected the blog and took off for four days of camping. It was glorious. I love to camp. I love to hike and fish. Yet it’s something I hadn’t done since becoming a mom over five years ago. So I was excited to go, and I knew I would enjoy it but I worried about taking the kids. Taking a two year old camping? What the heck was I thinking?

My mom, my sister and I packed up and took off to the Pinery. This was not backwoods roughing it. This was cushy camping. We stayed in a yurt, with heat and electricity, and cooked our dinners on a BBQ. Still, the first night was a bit of hell as Gigi decided the accommodations weren’t up to her rigorous standards and spent 80% of the night awake and howling.

I lay there listing off all the fun things we were going to do the next day and why being at the campsite made sleeping on an ouchy bed totally worth it. According to my sister listening to this from across the yurt was hilarious;

Why are you crying? What’s the matter? Use your words and tell me what’s wrong and I’ll try and fix it.
I angry! I angry! I don’t like you! (Which sounded more like, “I angee. I don like ew.”)
Do you like fish?
No!
Do you like squirrels?
No!
Well, what DO you like?
Not YOU! I don’t like YOU.

Let’s just say from my side of things it wasn’t amusing. I felt like we must have been keeping half the campsite up with her racket.  Thankfully the next two sleeps went much more smoothly. 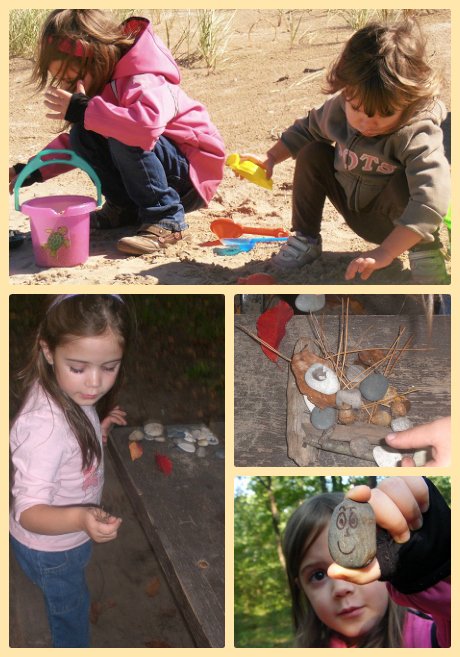 Despite the lack of sleep I was so happy I brought the kids and went on this adventure. We went on numerous hikes and the girls made out really well, doing 3km and 4km in a go.

Though the one trail was a bit too long for the two year old. At one point Baby-G sat on the path right next to a pile of poop, refusing to move any further. “Carry me.” When I pointed out that wasn’t the best place to sit she became fascinated with the poop. She went from total melt down to “Who’s poop is it? What animal?”

She insisted it was tiger poop, even though I tried to explain that their weren’t any tigers roaming wild in Ontario. It was actually a little eerie, like someone possessed my kid. She went from crying, melting down two year old, to clearly and calmly stating, “Everyone poops you know Mom. Cat’s poop. Squirrels poop. Tigers poop. Everyone poops.”  And I’m looking at this little being thinking where the heck did that just come from?

In the end Mimi had to come to the rescue with stroller in tow. And I have to tell you when my mom insisted on bringing a stroller camping I thought she was nuts. However, when I was sitting on a bench trying to negotiate with my two year old to finish walking back to the car, my mom was one heck of a welcome sight when she rounded the corner with that stroller. 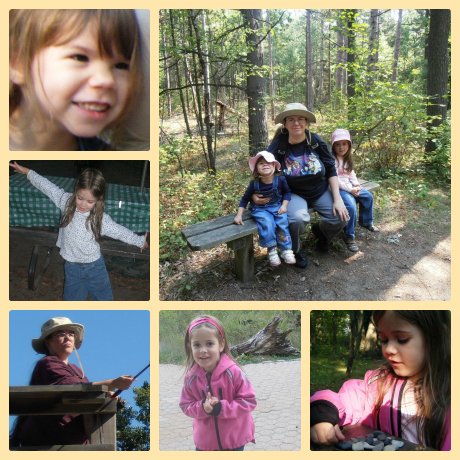 At the end of the first day we asked Gigi what her favourite part was and she said it was the ka-ka-hoochies.  And as she was playing in the dirt she was drawing lines with a stick and saying they were ka-ka-hoochies. Big one, little one, mama ones, baby ones.

None of us could figure out what the heck she was saying, but it was consistently the same word. She’s only two. Mostly she speaks pretty clearly, but sometimes, particularly when she gets excited and talks fast, I don’t have a clue what she’s saying. Hearing her babble on about something that sounded like kakahoochie, well it was amusing. My sister and I were giggling.

The next day while hiking Gigi got excited and tried to point out a ka-ka-hoochie to us. Eventually we figured out she was talking about the cocoons. Caterpillar cocoons. Ka-ka-hoocie was Gigi speak for “Cocoons hatching.” 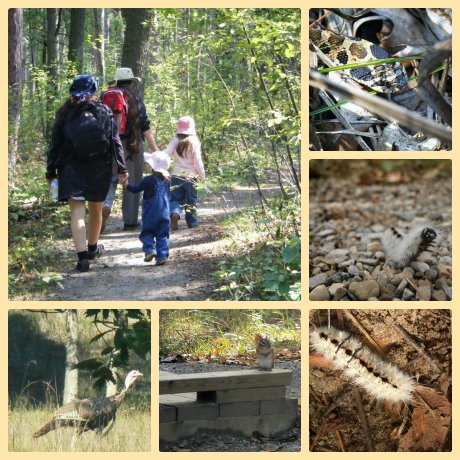 When we asked Gracie what her favourite part was she said, “I can’t tell you my favourite part NOW because we’re not done yet! We could go on another walk tomorrow and that might be the best one yet.” Got to love kid logic.

Eventually on the ride home she decided her favourite part was when we were walking in the marshy area and came upon a field of wild flowers and butterflies. Which I thought was odd, because when we hiking and found that area she was the first one to ask if we could keep moving along.

Overall It was an amazing few days. Aside from the rough patches I already mentioned, my kids were so darn happy. Going on nature walks. Fishing. Looking for caterpillars. Playing in the dirt at our campsite, and collecting rocks and twigs to make “fairy houses”. It was too chilly for swimming, but we still had fun building sandcastles on the beach. They loved every minute of it and so did I. 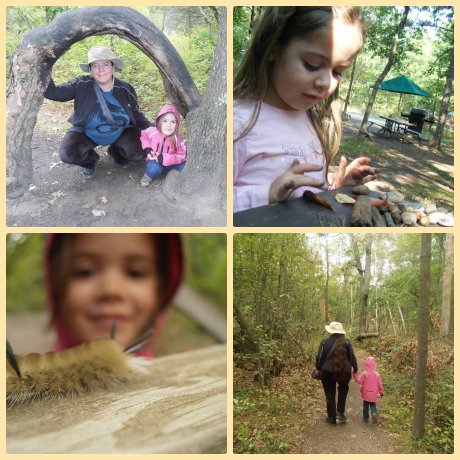 When it was time to pack up Gigi, who that first night hadn’t wanted to stay, didn’t want to leave.
“We go for a walk. We go for another walk. Another walk. Hundreds of walks!”
“Undo go home. Play in the mud! Hurry, hurry, help get dressed so I can play in the mud!”

Other then the fact that I had an awesome experience and I wanted to share some of it with you all, my point here is to say: Bring your kids camping! Bring them while they are little. Bring them NOW.

I was really looking forward to going because I love camping and it had been far too long. I didn’t know how I felt about taking the kids. I worried it wouldn’t go well, that they were too young, that they would end up not having a good time or frustrating the heck out of me.

Now having gone, I am so very glad we went. My only regret is that I waited this long to take them. Seeing the excitement in their eyes, and having them randomly stop hiking to say “I love this! I love you! Thank you, thank you.” melted my heart. I can’t wait to go back in the spring.

25shares
We use cookies to ensure that we give you the best experience on MapleLeafMommy.com. We collect anonymous data to improve Maple Leaf Mommy for your enjoyment. Your privacy matters to us!Okay, I'll allow it.NoPrivacy Policy
Revoke Cookies