My four year old LOVES soy milk. I have her convinced that a glass of So Good is treat. And I’m not talking about the chocolate, vanilla or strawberry flavoured varieties either… just straight up So Good. She loves it.

The 20 month old, not so much. My younger daughter is following a dairy free diet, so  I’ve really been trying to sell her on soy milk, but with very little success. She won’t even drink expressed breast milk. Water, or watered down juice in a sippy cup she will take. Anything else she takes one sip, says “Yuck, All done.” and hands it back to me. She still breastfeeds, so I know she is getting some of the nutrients she requires from me, but I would feel much better knowing she was getting the extra calcium, vitamin D and vitamin B12, etc, that So Good contains.

Why does the 4-year old love So Good, but I can’t get the little one to drink it? Yesterday I  set out, determined to get Baby-G to drink some soy milk. I handed Baby-G a sippy with So Good in it, she took one sip said “Guck” and handed it back. She then asked for a drink. I told her, “Here is your drink. Soy. Yum. Drink.” she took one sip, handed it back to me. We repeated this a couple of times. Finally, after handing her cup to me she asked for it back and took a second sip. By the end she was hugging the sippy and insisted on taking it with her upstairs as we were getting ready for nap time.  I think the reason I finally had success is I never referred to it as milk. As soon as I say milk, my daughter signs milk says “Mmm…” and makes for my lap to nurse. So I made an effort to just call this “soy” and by the end of the afternoon she’d come round to loving it. 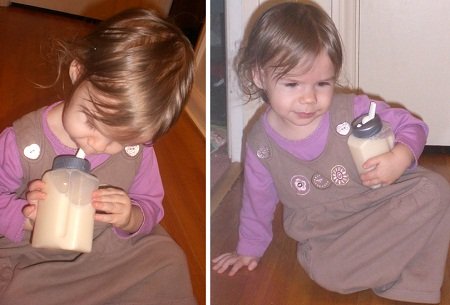 I have dairy allergies, and I should be following a dairy free diet myself, but I will admit I often “cheat”, mostly when it comes time to cook up dinner. So I was pretty excited to find the recipe section of the So Good website.

I’ve got my eye on the Roast Garlic Potato Soup recipe. I love potato soup but always thought making it would be difficult. This sounds SO EASY. And it’s dairy free, so I know I’m not cheating on my allergies.  Nice.

This dairy free chocolate mousse also sounds divine! I love that it has tofu in it, and very little sugar. I am definitely planning to make this to try out with the kids sometime soon.

So Good is:
•    made from non-genetically modified soy protein — from seed selection to planting and harvesting, transportation and processing a monitoring system has been put in place which controls each step of the manufacturing process to ensure no genetically modified soybeans enter the supply stream at any time.
•    gluten, cholesterol, animal product, and lactose free, as well as low in saturated fat.
•    fortified with 15 essential vitamins and minerals including vitamins A,
D2, B12 and riboflavin
•    a participant in Health CheckTM – a food information program developed by
the Heart and Stroke Foundation of Canada

But the number one thing I love about So Good versus some of the other soy beverages out there is that it is made right here in Canada by a Canadian owned company – Earth’s Own.  They even have factories on both the east and west coast of Canada, thus reducing the distance it has to travel to get to your grocery store. 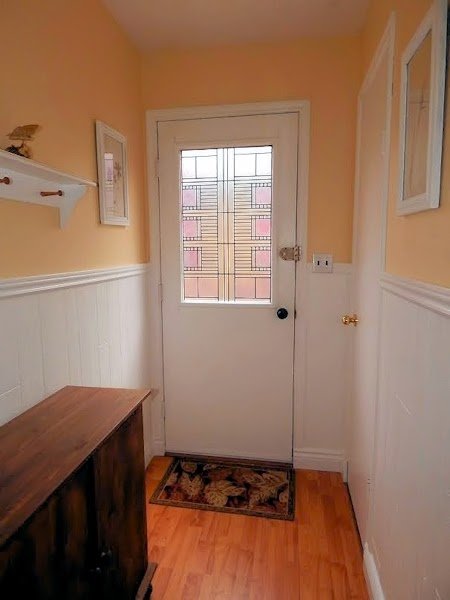 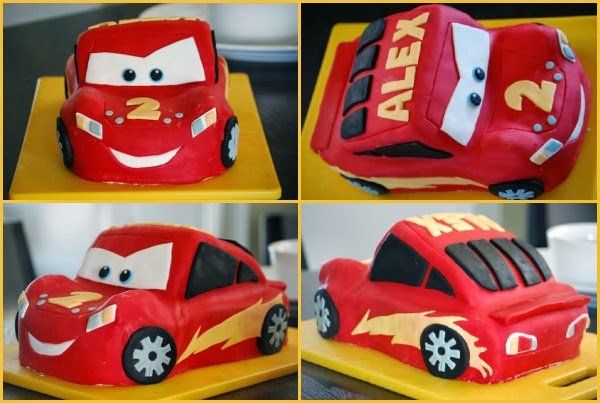