You are here: Home / Food / Pork Chops in Creamy Mushroom Sauce the Made from Scratch “Clean” Version {Recipe} 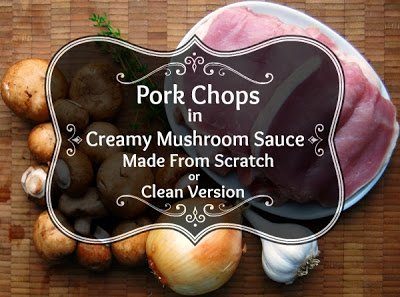 This is an easy, clean take on the popular soup can version. I serve this with a side of veggies, and potatoes or rice (while I personally avoid most grains in my diet due to sensitivity issues, I do occasionally eat rice, especially when I’m training for a race and need the extra carbs). 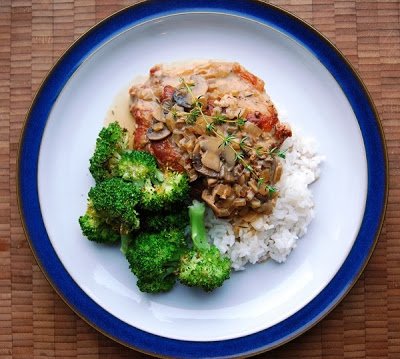 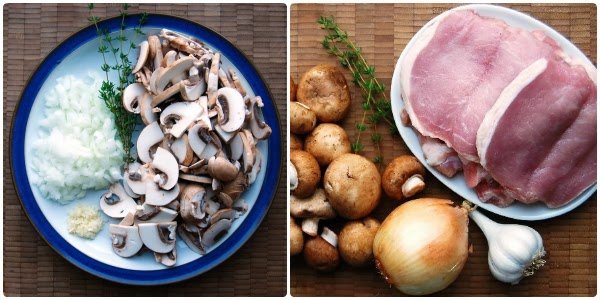 Heat oil in a sauté pan over medium-high heat. Lightly season both sides of the pork chops with salt and pepper, then sear in the pan, 3-4 minutes per side, until browned. (They will not be cooked at this point). Transfer the meat to a plate and set aside.

Reduce heat to medium. In the same pan, add the onions, garlic, mushrooms, and thyme, stirring frequently to release any bits from browning the meat (that’s flavour!) Season lightly with salt and pepper.  Cook the mushroom mixture 8-10 minutes, until the liquid released from the mushrooms is evaporated and the mushrooms are starting to brown.

Add the wine (or chicken stock) to the pan and bring to a boil. Add the heavy cream, and then the pork chops in a single layer. Be sure to add any juices from the meat that were released on the plate.
Simmer uncovered for 8-10 minutes until the pork chops are cooked through.

To serve, remove and discard thyme sprigs. Transfer meat to a plate and spoon sauce over. 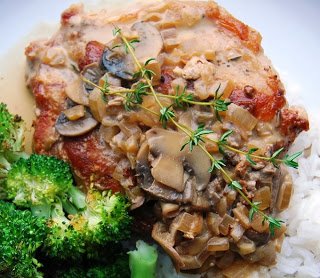 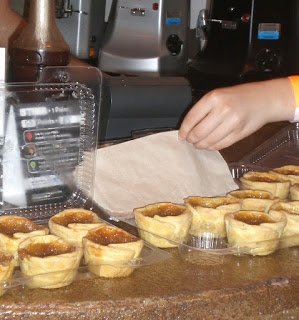 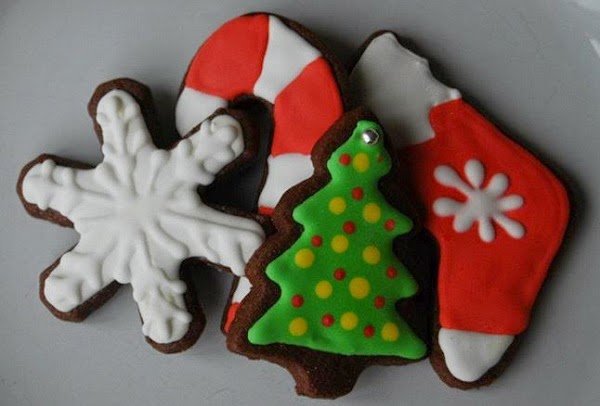