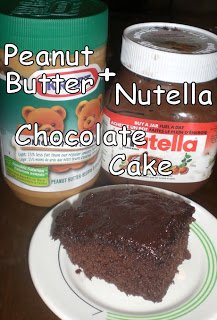 My birthday was a few weeks back, and somehow I never quite managed to get some chocolate cake out of the bargain. That plus there’s this chocolate cake mix and a can of chocolate icing kicking around in my kitchen. They’ve been haunting me for months now, ever since I won that Betty Crocker prize pack back in December. Holding out for three months is pretty good right? Time to cave in and have some chocolate goodness. While daydreaming about eating chocolate frosting with a spoon, I started thinking about other yummy chocolate things to eat with a spoon… like say Nutella. Hmm.. Nutella plus chocolate icing? I wonder… Yeah, I’ve got to try it.

So out came the can of chocolate icing. I scraped it out of the container and dumped it all into a mixing bowl. Then I added three or four generous tablespoons of Nutella, and gave it a really good mix. The end result was divine. From now on I want to always add Nutella to my frosting. I want to find more things to frost. I simply want to eat this. It is yum. When cold out of the fridge the consistency reminded me of my friend’s homemade truffles. Again I say, yum.

At this point another brilliant idea hit me….Nutella in the frosting, why not Peanut Butter in the cake mix? So I made the Betty Crocker Chocolate Devil’s Cake mix, following the directions on the back of the box but subbing in 1/2 cup peanut butter in place of 1/2 cup of vegetable oil. Mixed it, poured it into the pan and with some trepidation I set it to bake. Would it turn out ok? Would the cake still be the right consistency?

Thirty-five minutes later I had my answer. One perfectly risen cake. It looked good, but how did it taste? Waiting for it to cool was a killer. And then I still had to ice that sucker. But eventually I arrived at this: 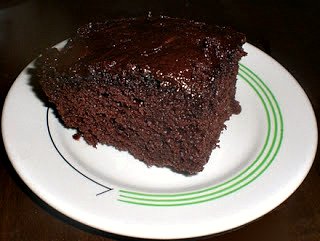 Now, like much of my attempts at baking, it isn’t very pretty to look at. This is not ohh and awww serve it to company food. At least not based on looks. But taste? Oh my goodness it was SO GOOD. Just a hint of peanut butter in the cake, and the frosting was double fudge chocolatey delicious.

Ice cold, straight from the fridge, served with black coffee. Oh yum. Be still my chocolate loving heart.  I think my chocolate cake urge is satiated for now, but I’ll be dreaming about this taste for a long time to come.

So yeah, definitely not part of that whole low sugar low cholesterol diet thing, but a darn tasty treat. Let me know if you give it a try. 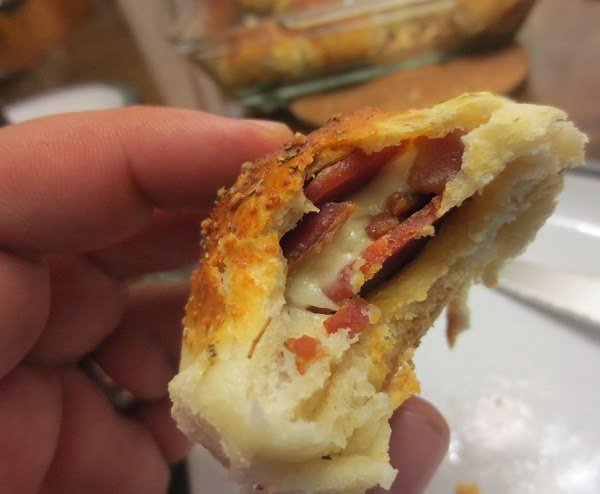 Recipe Round Up with Next Issue, Five New Recipes I Can’t Wait to Try 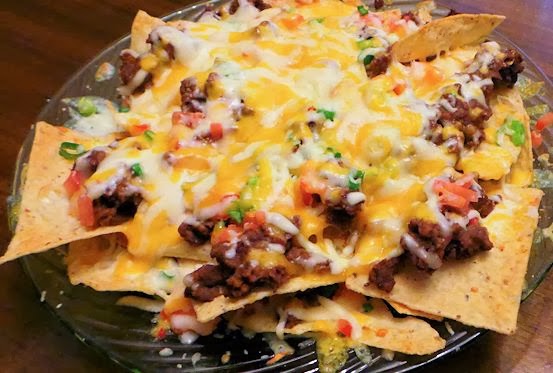