You are here: Home / Food / Treat Night (with the Kids!) out at the Second Cup – On the hunt for Equal

I have been feeling particularly stir-crazy the past few days. The Rocket tornado has been on a constant path of destruction, and Rainbow’s hearing seems to be worsening again.  In short – the kids are driving me bats, and the walls of this house are closing in on me.  So I asked my husband to take me out for coffee, one of my favourite treat activities. Since we didn’t have a sitter lined up we decided to make it a family affair this time, and it actually worked out okay.

Second Cup is our favourite coffee chain by far. The nearest one is a 20 minute drive away, out in Tecumseh, but totally worth it. We occasionally stop by, and one of us sits in the parking lot with the girls, while the other runs in to pick up bevvies. However, this is the first time we’ve been brave enough to bring both of the kids into the Second Cup.

One of the first things I noticed – I was really pleased to find they have kids drinks on the menu. For a very reasonable $1.15 a piece, I was able to get a hot apple cider for the dairy-free toddler, and a steamed milk for the four year old.

For myself, well I absolutely love Second Cup coffee, but today I decided to splurge and get a real treat, a chocolatey mochaccino with plenty of whip cream on top. So let’s see; drinks for the kids, a mochaccino a piece for myself and my husband, and three biscotti. Total? $19 something, plus a tip for an even $20 spent.  Okay, not cheap, but this was our big treat night, right?

We grabbed a cozy bench seat at the back and settled in. I broke the low-fat lemon poppy-seed biscotti in two and handed it over to the girls.  A normal cookie would have been inhaled in under thirty seconds. The thick crunchy biscuit was just the thing to keep them occupied, as they were forced to nibble. They both enjoyed the treat, which managed to last a good fifteen minutes.

Unfortunately the drinks weren’t such a big hit with the girls. The twenty-month old didn’t think much of the cider. We waited for it to cool off, and then put a straw in it and offered it to her. She took one sip and pulled a terrible face, pushed it away and said “All done”.  I have a feeling she just didn’t like that it was warm.  She kept asking for more, and then complaining after each sip. It was almost comical.

When the barista was creating the milk steamer she gave me my choice of flavour shot, and I went with vanilla. I also had to decide whip cream, or no whip cream.  As this was supposed to be a big deal treat for the four year old, I went with whip cream. So Rainbow dug into her milk steamer with gusto.  That is until she managed to make her way through all the whip cream. Then she said she didn’t like it, and wanted to drink her sister’s apple cider instead. Since the little one didn’t like the cider it worked out ok, but I was really shocked that Rainbow didn’t want the steamer. Her father and I both tried it and it was really yummy.

My husband and I both enjoyed our drinks. Though the large mochaccinos were bigger then I remembered, and hubby had a hard time finishing his off. I think next time I would go with medium sized drinks for he and I. Oh, and the girls weren’t the only ones with cookies. Hubby and I each had a dipped double chocolate biscotti. Delicious!

It’s been awhile since I’ve had the chance to enjoy a drink in the Second Cup, and I was pleased to note that they are now offering free Wi-Fi. Sort of made me wish I had grabbed the netbook… but it was also nice to be unplugged and concentrating 100% on my family.

We didn’t stay for long, as we didn’t want to push our luck with keeping the kids occupied. We were only there for a little longer then half an hour, but it was just the treat that I needed. It helped that the kids were well behaved. The girls really enjoyed the classic rock music that was playing. Between that and the biscotti they were well distracted, and even stayed put in their seats. Everyone enjoyed their treat, and Rainbow asked me when we could come back.

Particularly since everything went rather smoothly, I was considering this my scouting mission for future outings. For one, discovering they had kids sized drinks on the menu was a pleasant surprise.  Also on my scouting check-list was to discover whether or not they carry Equal Sweeteners. Personally I drink my coffee black, but I’ve been trying to bring my sugar loving double-double husband around.  After taking a look at the milk and sugar bar and noticing that they didn’t have Equal on hand, I asked the girl behind the counter if they had other sweeteners available. She pointed out the one artificial sweetener they had displayed in the baskets. When I explained that I was looking specifically for Equal, she then said that did have one other option stowed away in the cupboard. She opened the cupboard, pulled out a few boxes, and unearthed the second artificial sweetener, which was also not what I was looking for. I let her know I was disappointed they didn’t carry Equal and called it a day.

I have to say, I really didn’t think it was an adequate sweetener selection. Particularity if you take into consideration the fact that the coffee gal had to dig into the back of a cupboard to find one of the choices. Once I was back home I headed off to the Second Cup website thinking I would be able to fill in a digital comment card and let them know I was disappointed in the selection, but I couldn’t find a form to contact them. However, I did notice an invitation to “share your Second Cup story with us” alongside a link to their Facebook page, so I clicked through and posted this on their wall: “Had a lovely time at your St.Clair Beach location this evening, however I was disappointed to see that there was only one option set out for sweeteners for my coffee. I would love to see Equal sweeteners made available. Thanks!”

Overall, this was a great family treat outing and I can’t wait to do it again sometime soon.  I was a little leery about bringing the kids, but it actually worked out really well. As we’ve been getting a family sitter far less often lately, I really need to come up with some more kid inclusive get me the heck out of the house ideas that don’t involve costumed characters. What sort of kid friendly “dates” do you guys go out on?
Disclosure: This shop has been compensated as part of a social shopper insights study for Collective Bias #CBias and EqualCanada, but as always my thoughts and words are my own, and were not influenced by the company or the compensation provided.
You can find more information about Equal Sweetener on the Equal Website, by following @EqualCanada on Twitter or by Liking the Equal Canada Facebook Page. 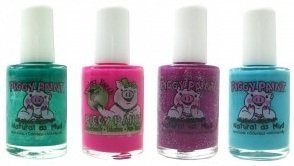