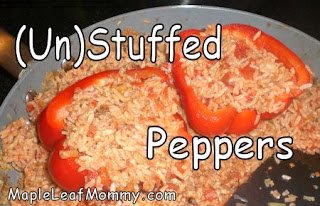 I make this dish at least two or three times a month, as it’s a real family favourite. It started out as my mother-in-laws classic recipe for stuffed peppers and over the years has morphed into a dinner in one dish casserole sort of thing. I am far too lazy to actually stuff peppers. It is so much easier to just cut them into halves then to try and cut off the tops and scoop out the seeds, and the end result is just as tasty. I use sweet red and orange peppers instead of green, as green peppers are one of the few vegetables I’m not 100% crazy about. I just love the taste of the sweet red peppers in this recipe, and I think it totally justifies the extra cost over buying green. I have been trying to substitute ground chicken for ground beef in my recipes whenever possible, and it really works in this one.

Prep time: 40 minutes
Cook time: 1 hour
Total time: 1 hour 40 minutes
Yields: A lasagna pan full, which is enough for my family of four with leftovers. I imagine as the kids get older the leftovers will cease to exist.

1. In a large frying pan, brown the ground chicken and break it up into little pieces.

2. Add olive oil and onions and saute for approximately 5 minutes, until onion is soft and almost browned. 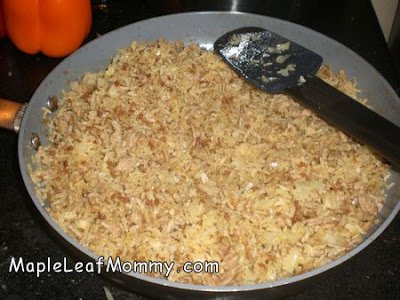 5. While step#3 is happening – wash your peppers well, cut them into halves and scoop out seeds.

6. Add tomatoes and spices to frying pan and cook for another 3 or 4 minutes, stirring well to ensure everything is evenly seasoned and well mixed.

7. Take the bottom half of one pepper, fill it with the rice mixture and lay it in a large baking dish. Repeat until bottom of dish is full. (I usually use a 8″ x 11″ lasagna pan, but a loaf style pan also works in a pinch)

8. Now scoop some of the the rice mixture into the pan and spread it around so it fills in all the small spots around the peppers.

9. Hold a pepper top in the palm of your hand. Fill it with rice mixture and then plop it down on top of on the bottom halves, so it somewhat forms a whole pepper. Repeat until out of peppers. Scoop any remaining rice mix into the dish and fill in the space around the peppers.

10. Pour beef stock into the pan, lifting edges of the pepper tops to ensure liquid gets inside and is evenly dispersed.

Want to make things even simpler?  Don’t stuff the peppers at all. 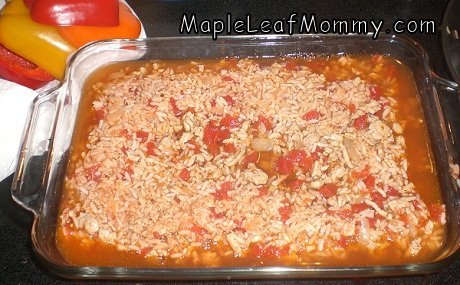 Transfer the stuffing into your baking pan, and pour the beef stock over top, 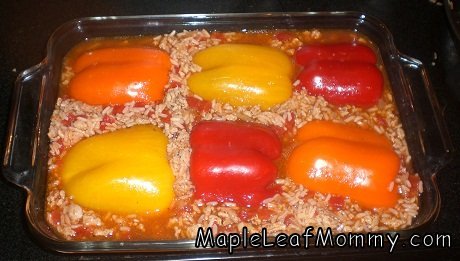 then simply top with halves of peppers. Space the peppers out evenly and press them down into the mixture. 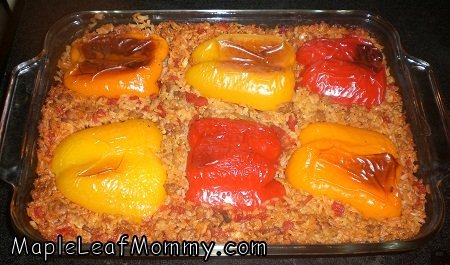 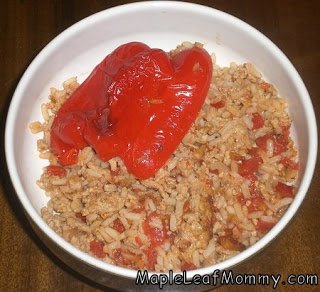 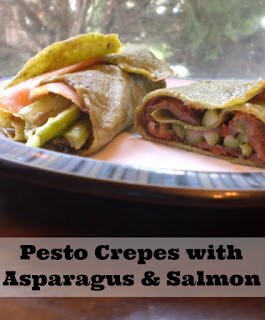 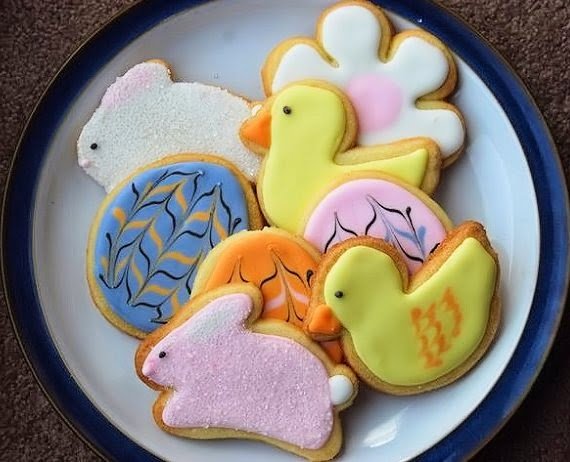 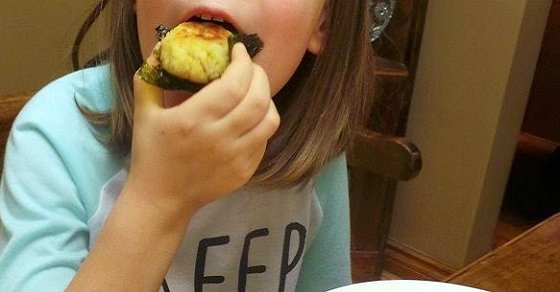