A while back Disney Junior sent us a “screener”, a promotional DVD featuring an upcoming episode from Mickey Mouse Clubhouse.  This is a show that Rainbow has watched when she’s stayed over at my mom’s house, but it’s not something I’ve personally ever seen. So Rainbow was pretty excited to sit down and share an episode of Mickey Mouse Clubhouse with me.

Disclosure: I was provided with a preview DVD containing one episode of Mickey Mouse Clubhouse. As always my thoughts and words are my own, and were not influenced by the company or the free video received.

As you’d expect from something produced by Disney, the animation is solid. All the usual Disney gang is here, Mickey, Minnie, Goofy, Donald, Pluto, Daisy, and this episode even featured Mickey’s rival Pete.  I couldn’t help liking the catchy song they close each episode with, “Hot Dog”, which was written and performed by a favourite band of mine, They Might Be Giants.

From what I saw I am guessing that there is a recurring framework to each episode, Mickey and his pals have a goal, and there are puzzles to solve along the way. After consulting the Mouskadoer (a sort of special computer) Mickey receives a set of Mouskatools. The Mouskatool are stored in Toodles, a sort of Mickey head-shaped flying thingy that appears on command. Mickey directs questions out to the audience, and tries to get the kids actively involved. By calling out, “Oh Toodles!” Mickey summons his pal to pop on to the screen so that viewers can help pick which tool Mickey needs to solve the current problem.

As this was the first time I’ve seen Mickey Mouse Clubhouse my daughter enjoyed introducing me to the running characters, like Toodles. For me, this whole framework was a little too dumbed down, I found it boring and predictable. This is not a show that this mom wants to sit and watch.  However, I’m not the target audience, my four year old daughter is, and she was appropriately entranced, chiming in on cue when Toodles needed to be called on stage. 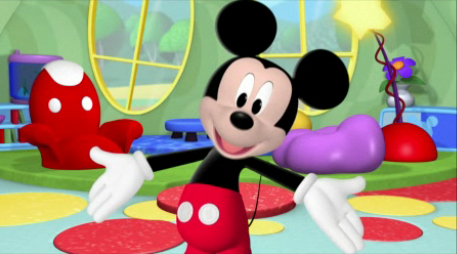 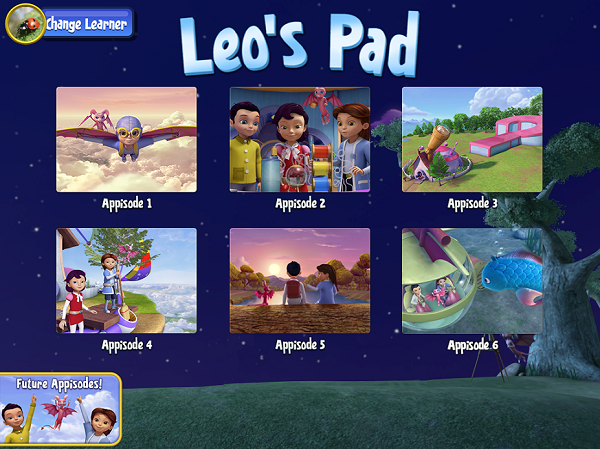 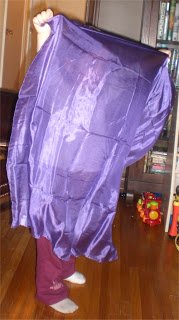