You are here: Home / Fun / Memories & Mom Guilt a.k.a. Disney’s The Little Mermaid

The Little Mermaid. This is a Disney movie I have such fond memories of. I remember taking a trip to Florida to visit family, and visiting the newly opened MGM Studios at Walt Disney World. There are so many parts of that day that stand out in my mind; the rides, the stars, the food, but my fondest memories is of walking through the animation studio area and standing transfixed, pressed against the glass watching as someone worked on a panel for this new Disney animation. Eventually my mom had to urge me to continue on, I would have happily spent the entire day there watching as panels were painted.

I remember later seeing The Little Mermaid with my little sister, who is eight years younger then me, and being pretty darn happy that I had a younger sister to give my 14 year old self an excuse to be watching. I loved the animation. I adored the soundtrack. Twenty some years later I still know many of the lyrics by heart. How can you not love songs like “Part of Your World”, “Kiss the Girl” or Academy Award’s song of the year for 1989, “Under the Sea”?

All of which is to say I was pretty excited about the new Diamond Edition Blu-Ray/DVD Combo release of The Little Mermaid, a film which my daughters had yet to see. I was excited about sitting down and sharing in the experience with them. Should I just tell you how much they loved the film? Or should I admit to my huge mom fail?


See, the day it arrived in the mail the girls were ridiculously excited about seeing the movie. As in bugging me non-stop to put it on. I agreed we would sit down and watch it, got the film set up and hurriedly left the room because I needed to use the washroom, and well, I’ve seen the movie before so I’m not missing anything, right? Then I looked at the time and realized I really needed to start on dinner. How about I just put the pasta on and then go and join in on the movie? Um… Better just wash this pan first. The phone rang, it was my mom, I talked to her for a bit while unloading the dishwasher. Oh wait, the pasta is almost ready better drain it and heat up the sauce. In the meantime I remembered I needed to ask my mother-in-law something and since the phone was in hand, why not give her a quick call? As I’m talking to my mother-in-law I hear my younger daughter start screaming. I quickly get off the phone and head into the room to discover that the credits are rolling, the movie is over. My older daughter is in tears, bawling. As soon as she sees me she says “I can’t stop crying, but these are my happy tears mama!”, the little one is screaming and upset because big sister is crying and also because she wants another show Right Now or Else.

The film is done. I missed it. 82 minutes somehow slipped right by. I feel like the worse mom ever. I got distracted and I missed the magic moment. I was so looking forward to sitting down with my daughters and watching this film with them, seeing them experience it for the first time. And tomorrow, or another day, we can sit together and watch it again but it won’t be the first time, it will be the second. Simply not the same at all. I also feel pretty guilty that I left my six year old alone to watch a movie that left her shaking with tears. She kept assuring me they were tears of happiness, because she was just so excited about the happy ending, but I still felt like a heel.

The movie finished, we sat down to dinner and I asked the girls what they thought of the film. The little one just chanted something about “Mermaids, mermaids, so many mermaids!” While Rainbow told me it was “Great! I want to watch it again! I would watch it each and every day if you let me!” She went on to elaborate, “Parts were scary and I was worried and I watched some of it through my fingers. Like when the bad octopus lady took the king away and transformed him, I was really worried. But then they saved him and it was really good!” She also said, “It’s ok you got busy mom, I don’t mind. I really loved it and we can watch it again tomorrow.” Ugh. So. much. mom. guilt.

One night soon I am totally snuggling down on the couch for movie night with my girls so we can watch The Little Mermaid over again, together this time. Given how enthusiastic Rainbow was about the film, I have a feeling I’ll be seeing it again, and again. Good thing I like those songs. 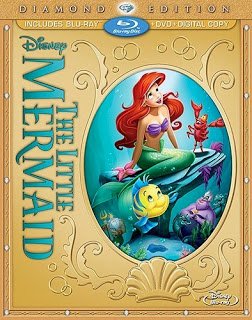 The Little Mermaid Diamond Edition Blu-ray combo pack includes both a Blu-Ray and a DVD version of the film, as well as a code to unlock the digital version. It has also has some pretty cool bonus features; an all new music Video; @ Disney Animation; Disney Intermission; Deleted Character; The Real Little Mermaid: Live Action Reference Model; Part of Her World: Jodi Benson’s Voyage To New Fantasyland; and Howard’s Lecture; plus all of the Classic DVD Bonus Features. The official release date is October 1st and the full suggested retail is $47.99 (though I’ve already seen it listed on far less, for example $27.99 on Amazon.ca). 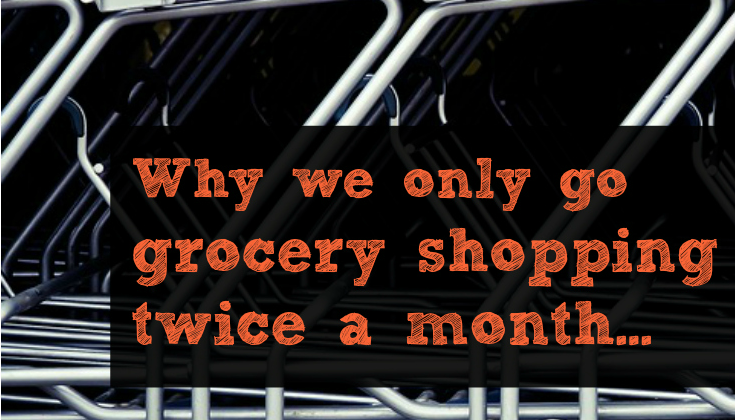 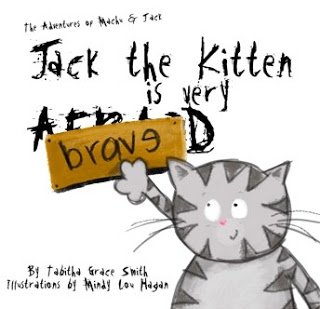 D is for… Death Warmed Over