You are here: Home / Fun / Phineas and Ferb: The Perry Files DVD set

Let me preface this by saying, I like cartoons. I like them in an “I was totally watching them when I had no kids as an excuse” kind of way. Though I have to confess, I had never heard of Phineas and Ferb until the offer arrived in my inbox to review this DVD. The concept for The Perry Files DVD intrigued me — A collection of stories featuring an undercover secret agent Platypus? Come on! Who wouldn’t want to see that?! Also I noticed bunches of folks who’s opinion I value buzzing on about the show. Plus it’s Disney, and in general that’s a safe bet for something my kids will love. So I said yes and last week I settled in with the girls to find out what all the fuss was about… 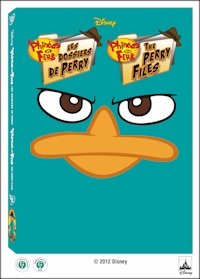 …and I loved it. Yeah, I think Mom enjoyed the show more then the kids did. I should have guessed that it would be a bit over their heads based on the fact that it airs on Disney XD and not Disney Junior. Still G-Girl claimed she enjoyed the show. She just thought the episodes were long, and that we should only watch one at a time. Fair enough. I’m all good with limiting TV time.

In case, like me, you’ve been living under a rock for the past few years let me introduce you to Phineas and Ferb. The gist of the show is this: Step-brothers Phineas and Ferb have a mission to conquer boredom and make every day of their summer vacation count. Their older sister, Candace, gets frantic at her brothers’ extraordinary adventures, and makes it her life’s work to “bust them” and tattle on them to Mom – but is somehow never quite able to prove what the boys have done. And then there’s the family’s pet platypus, Perry, who lives a secret double life as “Agent P”, battling to save the world from the evil (and inept) Dr. Doofensmirtz.

I read a quote from co-creator Jeff Marsh where he called the characters “clever without being mean-spirited”, and that’s a perfect description. The boys are constantly cooking up wild schemes, but it’s all just to have fun. They are never out to “get” anyone.

The show is billed as a “comedy-musical series” and is solid on both accounts.  I was consistently amused. Not laugh out loud, shakes with the giggles amused, but consistently mildly amused. And I’m not exactly the shows target audience, which I would guess is 6-11 year olds.  I think my sole complaint with the series is that the girls in the show are slightly insipid and I wish the older sister was a little less boy-crazy.

All of my favourite scenes involved Dr. Doofensmirtz. Like when his villainous ineptitude was showcased as he managed to defeat himself with a potted plant.  Or during my favourite musical scene where he sings, “There’s a Platypus Controlling Me” (and I’m linking to this totally not approved by Disney in any way YouTube video of the song because I thought it was pretty darn amusing).

I’d be remiss if I didn’t mention that The Perry Files included one of the nicest DVD bonuses I’ve seen in a long time, the Perry Activity Kit. This is not a CD-Rom with some print-out activity sheets; this is a full colour high quality pre-printed package of fun.

Want to see what Phineas and Ferb is all about? DisneyXD has a full episode available for free viewing on their website ~ Phineas and Ferb: Delivery of Destiny/Let’s Bounce

If you’ve got little ones in the 6 and up range, or like me you secretly enjoy the occasional good cartoon, check out Phineas and Ferb: The Perry Files. I highly recommend it.

Disclosure: There’s no platypus controlling me. I received a review copy of the above DVD. As always my words and opinions are my own. 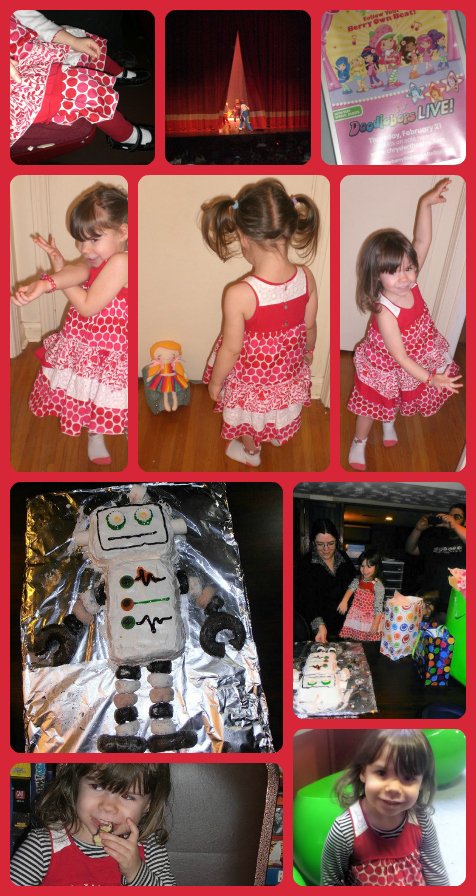