Sister is a word that gets tossed around a lot in this household. To tell the truth, my girls are somewhat obsessed on the topic. Whenever we look at families of objects I invariably get asked, “But where’s the sister?” Anytime there are two of something sitting around, say two stuffed bears for example, they are immediately tagged as Big Sister, Little Sister. So I really shouldn’t have been surprised at how excited my daughters have gotten over our new Lalaloopsy Littles doll, yet I was.

See, just over a year ago I wrote a review of a Mini Lalaoopsy doll, and it really wasn’t that big of a hit with Rainbow who told me it was too small. Then at Christmas time my daughters received full-sized Lalaloopsy dolls as gifts from their grandmother. They seemed to like the dolls, but then as time has passed they haven’t seen much play. The full-sized dolls ended up being too hard to snuggle at bedtime and too big for little hands to carry around at playtime.

It’s like the Goldilocks story all over again; the Lalaloopsy Minis were too small, the original Lalaloopsy dolls were too big, but our new Scribbles Splash Lalaloopsy Littles doll is just right. 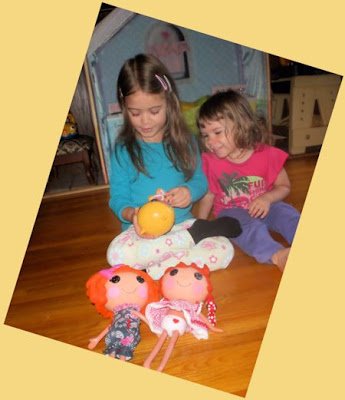 She’s just the right size for my five year old to play with (ok, let’s be honest, despite the suggested age of 4+ the two year old is playing with her too). And of course my daughters are crazy about the idea that she is the Little Sister to the big Lalaloopsy dolls they have. Which means our original Lalaloopsy dolls have been hauled out from the bottom of the toybox, and are now seeing some playtime too. Even if it mainly consists of sitting nearby and watching while my daughters lead their little sister on one adventure after another.

Overall the Lalaloopsy Littles doll has been quite the hit in our house. My daughters love the slightly smaller size, and that the little dolls are meant to be younger siblings to the big ones. They also love that Scribbles Splash and her little giraffe pal are artists. They like to use the giraffe’s paintbrush tail to gently paint pretend pictures in the carpet, as they tote the very cute Ms. Splash around the house for all manner of adventures. 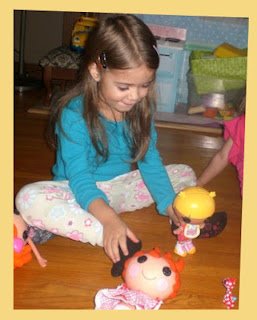 Disclosure – I received a doll, as described above. As always, my opinions are my own and were not
influenced by the company, or by the product received. 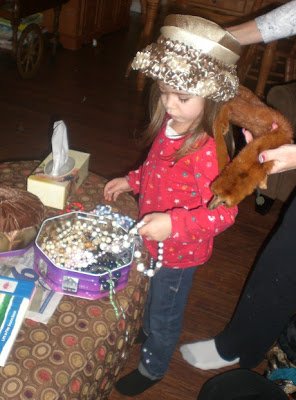 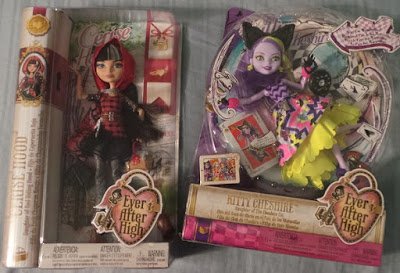