You are here: Home / Fun / Time Travel / Holly Hobbie, Take Me Home
Me and my Holly Hobbie playhouse, circa 1977. 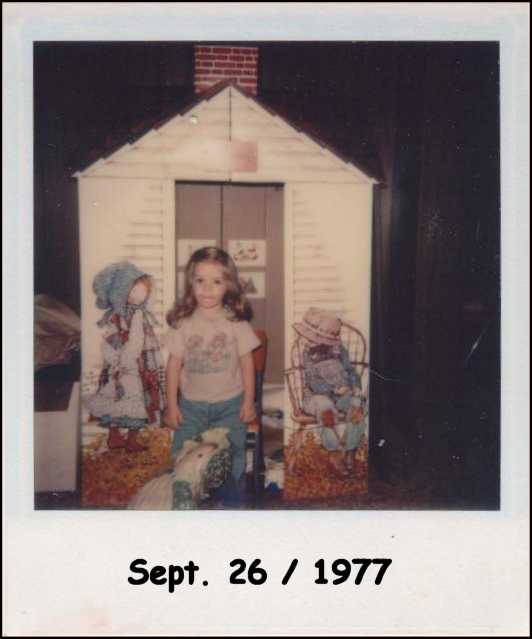 For something made out of cardboard this thing was pretty darn sturdy. For several years it served as play space and doubled as the spot where I dumped all of my stuffed animals. When we moved, around 1980, my parents tried to take it apart and then reassemble it, but they “couldn’t put Humpty together again”. I remember that standing out as the one thing I was most disappointed about when we changed houses.

Did anyone else have one of these? Remember the Holly Hobbie dolls in general? Mine were loved to pieces.

Did you know Holly Hobbie was the name of the artist that drew the characters the dolls were based on? And she still makes children’s books, some pretty good ones too. My daughter showed me a story called Fanny on the Reading Rainbow app the other day, written and illustrated by none other then Holly Hobbie.

X is for eXtreme eXcitement. No? How about Xanadu?