You are here: Home / Fun / Wild Kratts LIVE on Tour

Wild Kratts LIVE is coming to Windsor and I couldn’t be more excited. Back before I was a mom, Hubby and I were living in this dinky little apartment with about four channels we could pick up on our rabbit ears style TV. We used to sit and watch Zoboomafoo. Frequently. I’d even say regularly. And yes, there were no kids in the house. We just liked it. It was a decent show (and well, when there are 4 channels to chose from PBS Kids starts to look pretty good).

Flash forward ten or so years and we’re now parents. By the time my eldest started to be old enough to care about TV, Zoboomafoo was no longer on the air, but we hunted down every DVD episode we could find. And eventually we got Netflix and I literally cheered and danced to discover every episode that ever aired, all waiting to be watched and shared with my kids. Yay. 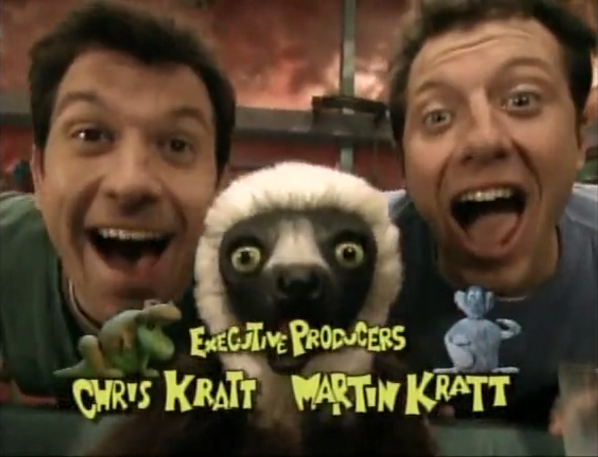 My kids LOVE Zoboomafoo. Rewatching it with them has been one of the highlights of this whole being a parent thing. Even at age 7 my daughter will still drop everything to sit and (re)watch an episode (and hey, often so will I).

And you know who starred in, and was the genius behind, Zoboomafoo, right? No, I’m not talking about the little leaping lemur. I mean the Kratt brothers, Chris and Martin, who’s names I will forever remember mostly because of that Zoboomafoo theme song.

After Zoboomafoo the Kratt brothers went on to do another wildlife show, Be the Creature, which aired on the National Geographic channel from 2005 to 2007-ish. I’ve never seen it, as I didn’t have cable TV at the time. 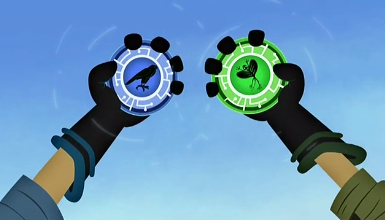 And then they moved to Canada, opened their own animation studio, and started producing Wild Kratts. I was introduced to the Wild Kratts when I was sent a DVD to review, back in 2012. Initially I was leery about the show. Sure, it had those cool guys from Zoboomafoo in it, but instead of a wild life show about real life creatures this was a cartoon. Ok, technically there were live action segments, but it was mostly a cartoon, and there were gadgets, these weird creature suits, and there were bad guys, weird eco-themed bad guys… it made me grumpy. I sort of wanted to hate it. However I quickly discovered how much my kids LOVE Wild Kratts. In fact, if truth be told, they may even like this new show better than Zoboomafoo (and yes, I think that might be bordering on sacrilegious).

Three seasons in and Wild Kratts is still in production (and a fourth season has already been announced). Which is awesome. I’ve got my fingers crossed, hoping they will continue to make new episodes for many years to come. I came around to liking the new animated show pretty quickly. My kids learn by watching this show. Heck I often learn new things by watching this show. Whether it be in “real life” or in cartoon format these guys know how to connect kids with creatures; with enthusiasm, empathy, curiosity, and knowledge. And I think that’s pretty amazing. 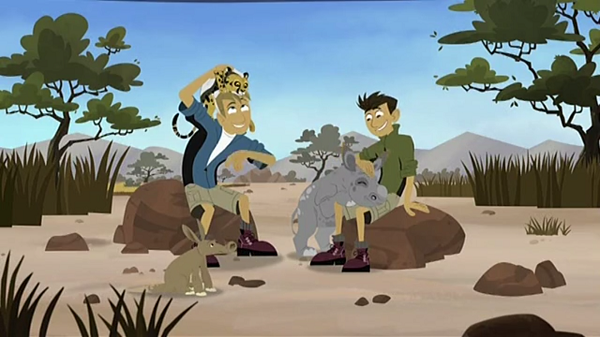 All of which is to say, my kids and I love watching Wild Kratts. I am a huge fan of the Kratt brothers, and have been for well over a dozen years. I admit it it. I have a big old fan-girl style crush on the Kratt brothers, but not in a starry eyed I want to marry them when I grow up kind of way. I just have a great amount of admiration for them and the works they’ve created. For their boundless energy and infectious enthusiasm. They’re genuine. They are doing something they love, and it shows.

So when I noticed they were coming to Windsor, actually coming to our home town to put on a live show, well I may have squealed a bit.

The animated Kratt Brothers, Martin and Chris, ‘come to life’ in a classic Wild Kratts story. Off “To the Creature Rescue!” the Kratt Brothers activate some fan favourite Creature Power Suits to confront a comic villain. Through hilarious pratfalls and amazing animal ‘wow facts’ the Wild Kratts team rescues a helpless animal friend and returns her home “Living Free and in the Wild!”

My kids don’t know that I have tickets to this show. They are going to flip when they find them under the tree. I am excited, genuinely and ridiculously excited, about taking my kids to see a live show. Most live shows I bring my kids to are more along the lines of “well hopefully it will be tolerable for hubby and I and the kids will likely enjoy it”. This actually falls under “I am looking forward to it” and “it’s going to be awesome”. 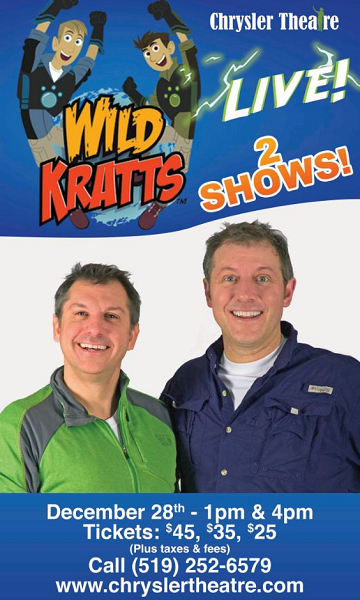 Wild Kratts LIVE will be in Windsor at the Chrysler theatre on Sunday December 28th for two shows, one at 1pm and a second at 4pm. Tickets start at $25 and as of when I wrote this there are a few seats left. You can PURCHASE TICKETS HERE.

If you’re not in Windsor don’t despair, the Wild Kratts LIVE show is touring throughout North America. The day prior to the Windsor Show they’ll be in London, and after that they’ll be hitting Brantford, Mississauga, Markham, and Oakville before moving on into New Jersey, New York, Kentucky and other parts of the States in the new year. Keep an eye on the Wild Kratts Facebook page for updates on where they’ll be appearing next, or check out the Kratt Brothers Appearances page on KrattBrothers.com.

Disclosure: I’m receiving tickets to attend the Windsor performance of Wild Kratts Live. As always my words and opinions are my own. 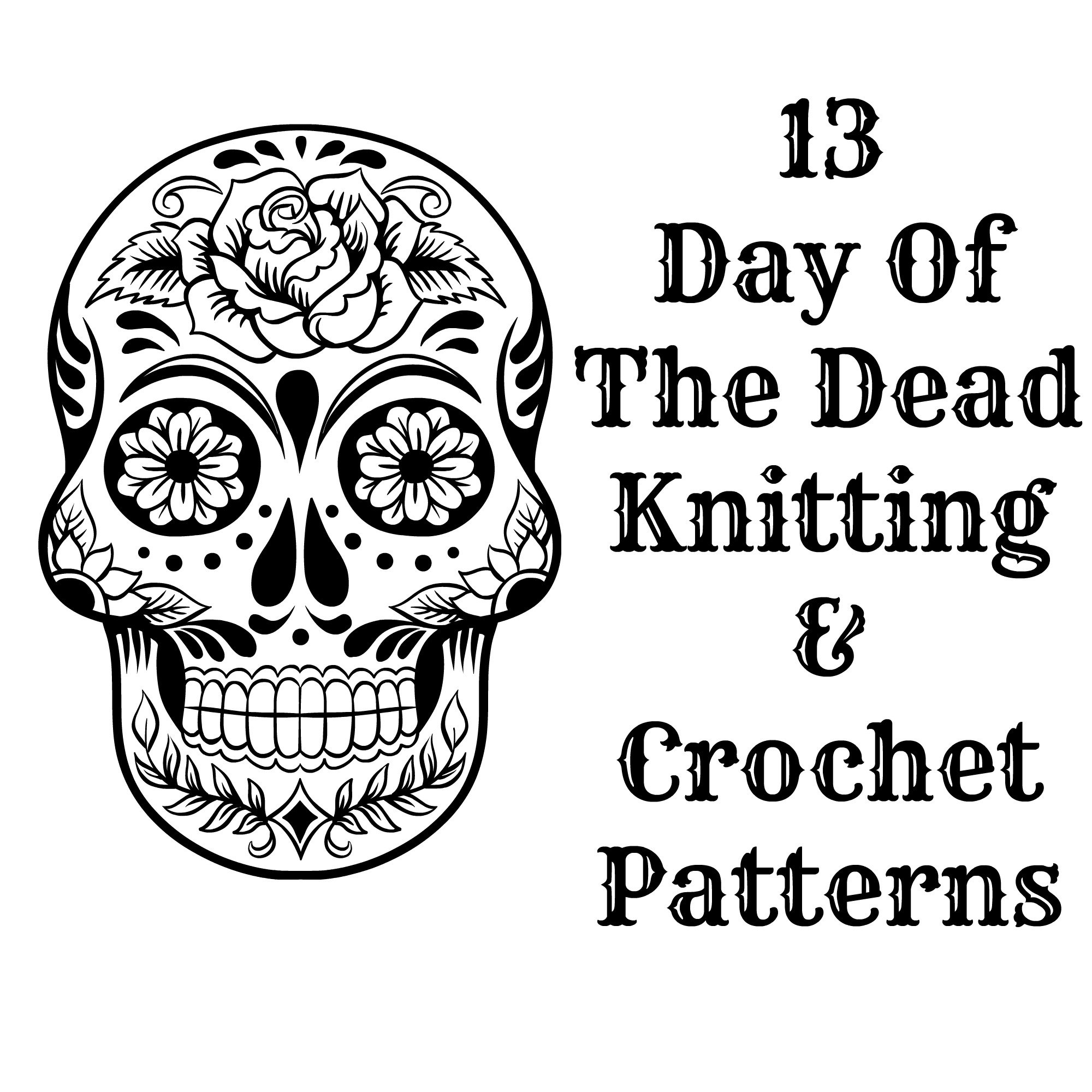 Day Of The Dead Knitting and Crochet Patterns 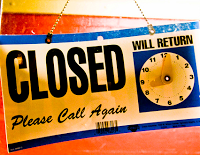 The August Civic Holiday in Canada. What’s the deal? Is it a real holiday? 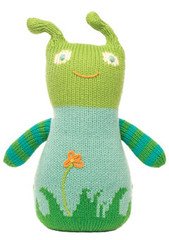