You are here: Home / Blogging How-To / The Mystery of the Disappearing Emails, or How NOT to Use Gmail

I only started using Gmail in the past few months. I’ve had a Gmail address for years, but in the past I forwarded everything to Outlook, resident on my desktop PC and did all my email stuff from there. This set up was great for having control over sorting and archiving, but I had problems with it not syncing up properly so when I moved to a new PC I also swapped over to using Gmail directly online.

Since swapping over I’ve been having all sorts of problems with disappearing emails. It’s been driving me mad. I’m certain I sent a reply to a particular brand rep, I go into my sent items and it’s not there. One of my blogger friends is asking for a referral for a tourist destination, I recall a conversation with a PR person I had a few weeks back but when I search through my emails I can’t find it. I finish a piece of work and go to reply to the associated email, but the email is missing.

This had been driving me completely batty. I have been at a total loss as to what the heck I could possible be doing wrong.

On more then one occasion I’ve walked into the computer room to find someone has been mashing on the keyboard. I worried that somehow my kids were inadvertently deleting mommy’s emails. I’ve tried to be conscious about closing the program when I’m not actively using it. However I’m forced to walk away from the computer mid-word so often (to answer the door, fill a juice cup, break up a dispute, etc, etc) that it’s difficult to close everything out first.

I also have an iPad which I let my pre-literate kids play on. Again I assumed they must be somehow deleting my emails by mistake. So I’ve been careful to the point of paranoia about closing the email program before handing the tablet over to the kids.

Here’s what’s happening. I get a two word reply back from a rep, something I don’t really need to keep, “Sounds good.” or “Thanks”. And I hit delete. Not fully understanding how Gmail is set up, I thought I was deleting just that one message. It turns out Gmail deletes EVERYTHING associated with that conversation, EVERYTHING in the thread. All of the previous emails from the rep, all of my previous replies. They are 100% gone into the trash. My outgoing emails from that conversation don’t even show up in the sent folder.  This is then compounded by fact that Gmail automatically permanently deletes any emails which have been sitting in the trash folder for 30 days. So on day 31 when I go back looking for my email it’s completely gone, “Poof”.

The answer is archive. I now know: Archive is your friend. Delete only pure spam and Facebook feed junk, archive everything else.

I’ve also been having problems where I send off an email and later discover the recipient never received it. At first I assumed my emails where ending up sorted into someone’s spam folder, and I’m sure that does happen sometimes, but you know what the real problem is? Several times now I’ve composed an email and somehow closed the browser window without actually hitting send. I *thought* I sent the darn thing out, but instead it was sitting in my drafts folder. I blame the constant distractions from my kids on this one, but truly this isn’t a problem with Gmail but a problem with ME.

Anyroad, I thought I’d share this with you all, in case I could help anyone else solve their own personal mystery of the disappearing emails.

Did everyone else out there already know not to delete anything EVER in Gmail?
Am I the only one who has been mucking this up? 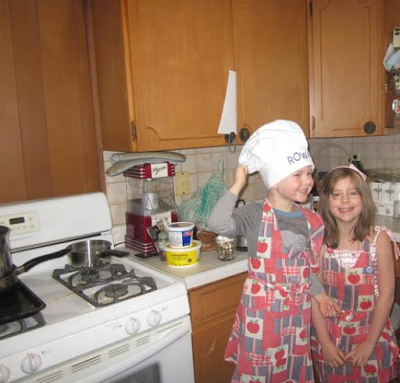 Cooking : The Good, The Bad and The Surprising 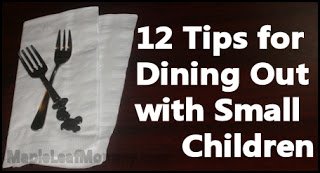 Twelve Tips for Eating Out With Young Children

I Make Magazines Now (a.k.a. Crushing on Flipboard)