You are here: Home / Mom Life / I Admit It, My Husband is Right, I’ve Gone #NoseBlind {Giveaway}

Definition: The gradual acclimation to the smells of one’s home, car, or belongings, in which the affected does not notice them (even though their guests do).

I’ve heard that your sense of smell deteriorates with age, but mine has never been the best to begin with. Certain smells cut through and hit me hard, while most other things that everyone else around me can smell I don’t notice at all. So this whole noseblind thing, I have no doubt it real as it’s been the source of many an ongoing argument with hubby and I. 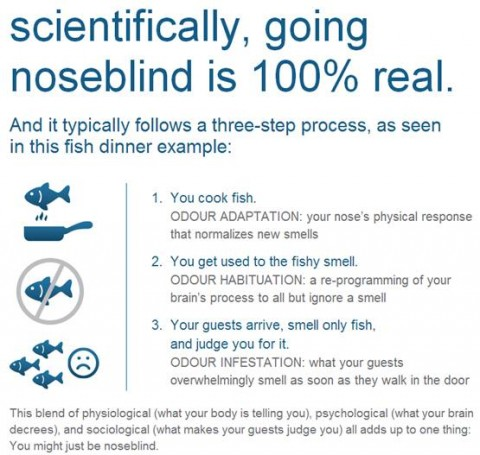 At least once a week we have people over to either roleplay or play board games in our “gaming dungeon” basement. Hubby used to fuss about the smell. He would often light incense just before we were expecting people over, to try and make the place smell better. And I often thought he was being silly because it smelled perfectly fine to me.

I think some of it stems from my general lack of sense of smell, and some of it comes from the fact that I often stay home for days at a time. It’s a scientific fact that your nose adjusts to smells over time, so that they no longer register. So to me, the basement smells a-okay. While to my husband, who’s been off at work all day it smells damp and off.

I would never have went out and bought an air freshener for the room, because, like I said, to me it smelled fine. But then a few months back hubby noticed some of the Febreze products that arrived in one of my monthly PGmom goodie boxes and claimed them as his. Now this Febreze Set & Refresh air refresher sits on the shelf downstairs and we replace the insert every so often. No more smokey incense that makes me sneeze. No more hubby fussing around and complaining about the smell. A friend even mentioned that they thought the place smelled better. I’m sold.

According to a recent Febreze survey, 42% of Canadians admit that they’ve been told that their homes smell, but they can’t smell it themselves. Here’s some other interesting noseblind facts from the survey:

* 93% of Canadians would like to know if their homes smelled bad. Wouldn’t you?!

* But we’re just too nice: only 63% of us would tell someone if their home smells.

* 48% of Canadians believe that a smelly home is the sign of a dirty, lazy homeowner. Ouch!!

* 36% of Canadians have either avoided visiting friends with smelly abodes or make it a quick stop.

* 45% of us dread visiting homes with pets because of the smell.

Febreze products don’t just mask bad smells, they actually eliminate them with four special “odour killers” that devour and defuse, neutralize, surround and capture then trap and perfume odours (AKA chemical compounds) in the air.

For further info about the science behind being noseblind
* visit the Febreze website – Noseblind.ca
* connect with @febreze_fresh on Twitter, #Noseblind 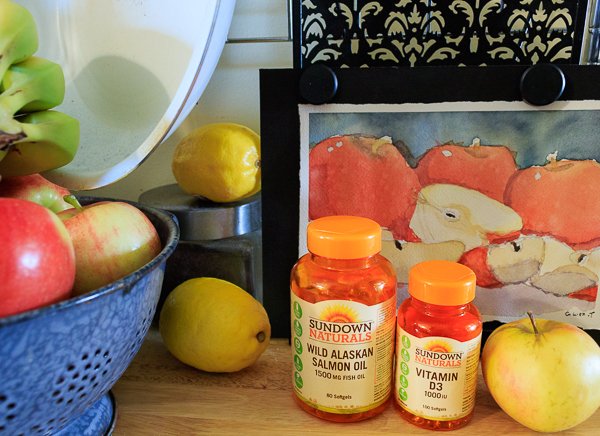 When It Comes To Vitamins, Mothers (and Daughters) Know Best

Learning to love my vitamins with Adult Essentials