You are here: Home / Mom Life / Motherhood Confessions / A Letter of Apology to the Young Man Who Picked Me Up Off the Sidewalk the Other Day 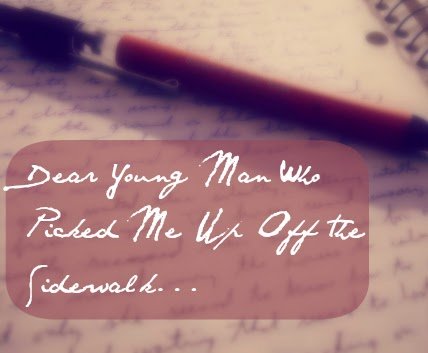 I was walking down the street with my four year old. She was running ahead, skipping, singing. We were heading to meet her sister at the bus stop. I watched my daughter hopping down the sidewalk and as I looked at her I noticed you and your friends, on the street further up the road, a block ahead of us, and I flinched inside. I saw you and I did not look at you. I saw a group of young men wearing a highschool uniform and I immediately thought the worst of you. I felt defensive and upset, without any just cause.

Groups of young men who stand on the street laughing loudly wearing their letter jackets and playing at sports are linked with cruelty in my mind. When I saw you I remembered my own days of attending that same highschool. I remembered the mean things boys wearing that uniform would do and say. When I saw you I remembered another time, as an adult, when I had walked in this neighborhood calling out looking for our lost cat and had rude words and even rocks tossed at me by a group of young men wearing that same uniform. So when I saw you I thought the worst. I tensed up, my nails bit into the palm of my hands and I thought “Not in front of my kids, please not in front of my kids.” As we walked closer I felt indignant, angry even, “Don’t you dare say a word to me.” I watched my kid ahead of me on the sidewalk, looking only at her, careful not to turn my head towards you and your friends, not to make eye contact.

I wasn’t looking at you, I also wasn’t looking where I was going as I walked down that sidewalk, wound up like a tense spring with a knot in my stomach. I didn’t see the chunks of gravel in my path. I’m not sure what those big rocks where doing there. I walk down that sidewalk twice a day, five days a week, taking my girl to and from the bus stop and I don’t remember ever noticing fist size rocks on the sidewalk before.  I didn’t notice them that day either, as I was carefully looking only ahead, watching my girl. I stepped down, my foot came down on the side of a rock instead of on flat cement, my ankle twisted and wrenched and I landed face down on the pavement.

It hurt. The wind was knocked right out of me. I wanted to cry. I was intensely embarrassed, to have just made a sudden face plant in front of you and your friends. But as I attempted to scramble up, my first thought was for my four year old, barreling down the sidewalk without me, heading to the street corner at full speed.

You were there in an instant. On the sidewalk beside me, asking if I was okay and attempting to help haul me up to my feet. I was not gracious. I was angry and embarrassed I muttered I’m fine while trying not to cry. I stumbled upwards and limped after my daughter as fast as I could. I never said thank you. I never even really looked at you.

It took two weeks for my ankle to heal. Two weeks of limping to and from the bus stop, walking past the place where you and your friends were playing that night, the pain in my foot a constant reminder of how wrong I was about you.

I don’t know you, but I feel like I owe you an apology. I was carrying baggage with me as I walked down the sidewalk that day and it caused me quite literally to trip. I made a snap judgement based on your age, your gender, and how you were dressed, which in reality makes me no better then those in the past who have been cruel to me based on the same criteria. Above that, I feel like I owe you a second apology for not being gracious when you came over so quickly to help me.

Thank you,
From the Woman You Helped Pick Up Off the Sidewalk the Other Day 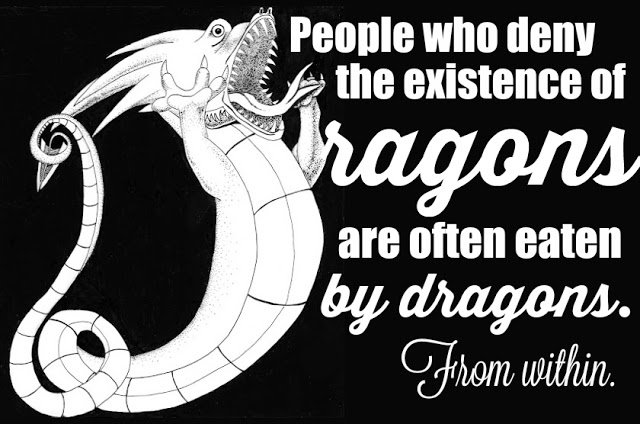 Eaten By Dragons From Within… 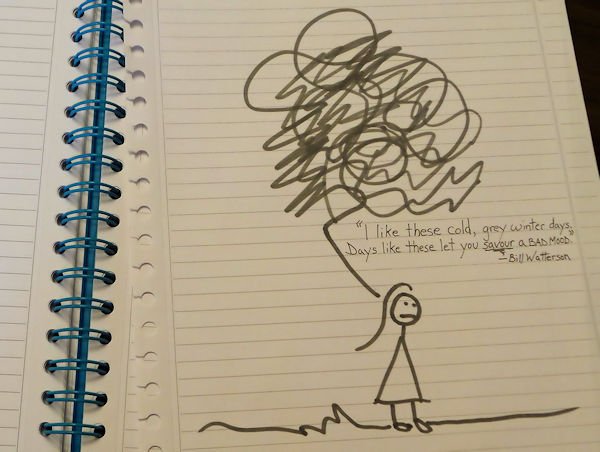