You are here: Home / Mom Life / Motherhood Confessions / Being Difficult, A Birth Story

“She’s being difficult. Don’t let her go until she signs”. Those were the words the obstetrician said as he walked out the door. The nurse nodded, glanced in the room and then shut the door on me. I stood there feeling furious and helpless and trying hard not to cry.

I was late into my third trimester and my biweekly meeting with the OB had quickly gone south when he started discussing arranging dates for a voluntary c-section. A c-section? The idea of a cesarian birth terrified me. I panicked. But everything was fine with the baby right? He assured me that the baby was fine, but because I had gestational diabetes the likelyhood of the baby being large was high and it would just be easier to plan for a c-section now. I refused. I didn’t think it likely the baby would be oversized. I had only gained 12 pounds throughout the first 9 months of  pregnancy. I had heard of a test to check on the size of the baby, couldn’t we try that? He told me the test was unreliable. He told me I was being inconvenient. If I refused to plan a c-section then we needed to pick dates for an induction. My due date was still weeks away. Why did I need to be induced? I had done my reading, I knew that an induction greatly increased the chances of complications and the likelyhood that I would need a c-section. The doctor became increasingly frustrated with me. He told me I was being difficult. He pressed the papers into my hand and stormed out of the room.

I was shaking and tears were threatening to escape from my eyes. Twice the nurse opened the door asked, “Have you finished your paper work yet?” and when I shook my head no she curtly shut the door on me. Eventually I gave in. I signed the forms agreeing to be induced 10 days prior to my due date.

I went home and tried everything under the sun to bring on natural labour. Long walks, climbing stairs, nipple stimulation, sex, spicy food, raspberry leaf tea, even a visit to the acupuncturist. Everything the doula suggested, I tried, twice, to no avail. In the end, I had a partial induction. They gave me a Foley catheter and told me to come back at 7am sharp for the second half of the induction.

For those who don’t know, a Foley catheter is sort of like having someone insert a balloon into your vagina and then inflate it. The idea is it will stretch your cervix and cause contractions to start. It was uncomfortable and mildly annoying when they first inserted it, but overall I was nonplussed.  Hubby and I even went out to dinner at a restaurant after leaving the hospital. However, a few hours later I was in the most intense pain I’d ever experienced. I paced in circles around my house, shaking and vomiting. I couldn’t stop shaking and retching. I couldn’t breathe through this. I couldn’t catch my breathe. I felt like I was dying. It was awful.

Late in the night the pain started to subside and somehow I managed to eventually fall asleep. I woke up at 5am in a puddle. My water had broke. I was having contractions, but they were faint and far apart. I called the doula. Before even waking hubby, I called the doula. She felt there was no rush and that I should just head into the hospital for my 7am appointment. I woke my husband up, we got dressed, grabbed the bags I had packed and repacked in preparation and headed to the hospital. Everything was slow. Calm. Eventually I got checked in. They brought me to my room and wanted to put me right on the pitocin drip for the second half of the induction. No way. I refused. My water had broke. I was having contractions. I didn’t need to be induced. My OB came in and told me again that I was being difficult and making things last longer than they needed to. He warned me that I was only in early labour and I might be at this for hours. I didn’t care. I refused to budge.

Having gestational diabetes meant I needed to be hooked up to an IV. It meant additional fetal monitoring. It meant having them prick my finger every hour on the hour. The doula told me movement would help things progress, so I paced up and down the hallway over and over, IV in tow. Eventually the contractions became stronger, closer. I crouched. I swayed. I breathed deep breathes. In my mind I thought, well if it gets bad enough I’ll ask for something for the pain. But the pain was nothing, absolutely nothing, compared to how I had felt the night before while having the Foley catheter. At no point did labour pain even compare to the pain of being induced.

The OB was right. The labour was long. He went off shift and a different OB came in and introduced himself. He read over the birth plan I had carefully printed off and scoffed. I was deep into labour at this point. I was breathing, riding through the contractions well enough, but I couldn’t exactly chat or hold a conversation and this bozo wanted to contest everything. Having made an informed decision after talking it over previously with my doula, we had opted against having eye ointment applied to the baby after birth. Basically it’s something that is done to protect the baby from developing a type of pink eye that can be contracted during birth if the mother has one of several sexually transmitted diseases, which I was darn tootin’ certain I did not have. This OB who was a complete stranger that I had just met, came in and suggested to me that my husband had most likely cheated on me and I that I might have an STD and just not know it. I’m in the middle of bleeping labour and Dr. Bozo had the balls to waltz in and start suggesting my husband was unfaithful. I wanted to deck the guy. I’ve got to say, it’s hard to have a coherent argument when you’re grunting and breathing your way through contractions.  I was very glad I had followed my doula’s suggestions and put everything in writing, everything I wanted and the reasoning behind it was all laid out in my birth plan. I pointed at it. Grunted. Waved it in his face. Next up Dr. Bozo started insisting that he pre-cut me so I wouldn’t tear during birth. Again I refused, and waved him over to the birth plan. This went on for another 2 or 3 hours. Every time he stopped in to see how I was progressing he would try again to convince me. He refused to do the prestretching I had requested in my birth plan, and I refused to allow him to cut me. Stalemate.

After 21 hours of labour my beautiful G-Girl was born. 6 lbs 7oz, not too large at all. There was a problem, a complication with the birth across the hall. The second my baby was born the doctor handed her over to a nurse and ran out of the room. True to Dr. Bozo’s warning I had torn, terribly, third degree tears, and was bleeding profusely. I wasn’t allowed to move. I wasn’t allowed to nurse or even hold the baby. A nurse examined my newborn daughter and gave her a passing score, then she got handed off to dad. The blood was starting to freak my husband out. He took the baby and walked her up and down the hallway. Two hours passed. They suggested a bottle for the baby, I refused. (I was thankful that even though I didn’t get to put her directly to my breast as I would have liked to, my daughter later took to nursing like a champ.) The nurse and the doula muttered in worried tones about how much blood I was losing. I remember how sore my legs were from staying in that awkward position, and how my knees started to shake. They still had my legs set into the stirrups. Dr. Bozo finally waltzed in, after having delivered two other babies, and having stitched up two other mums, and proceeded to lecture me the entire time he was sewing me up. The doula later actually suggested that I should sue Dr. Bozo for the treatment I received that day, but I was too exhausted and wrapped up in the terror and wonder of having a newborn to look after to care about looking into litigation.

In the end I felt like a super hero. Everyone, the doula, my husband, the nurses that had cared for me, was shocked by how calm I had stayed throughout the birth. I felt proud and amazed at what my body could do. But you know cuckoo thoughts you have right after giving birth? Well mine was “Wow, I need to get pregnant again so I can do this right next time.” Next time, it would be perfect. Next time I would get a midwife instead of an OB, and I wouldn’t be induced, and I would just rock this labour thing. Eventually we did decide to have a second child, and I went with a midwife over an OB, and I had a horrid experience which ended in an emergency c-section. Looking back now I wish that during that second pregnancy I had been just a bit more difficult.

Overall what I learned through my two birth experiences, and what I would pass on to other expectant mothers, is that you need to be your own advocate. You need to speak up. You need to read up, make informed decisions, and write out a birth plan. Discuss it with your partner, make sure you’re on the same page, and then put it in writing. Knowing that your husband can explain your wishes, and explain why those are your wishes, when you may be unable to speak coherently, is not just a great relief, it’s a necessity. Get a doula. Having a doula was the best money I have ever spent, on anything, ever. Nurses and doctors came and went as they moved from room to room, caring for many patients, and were replaced by new people as shifts changed. My doula was by my side the entire time, helping my husband to care for me, keeping me comfortable and calm. Finally, a midwife is not necessarily any better (or worse) then an OB. Which ever route you take, don’t be afraid to talk to them and let them know ahead of time exactly what you want. Be your own advocate. Be stubborn. Dare I say it, be difficult. And prepare to be amazed at what you can do. 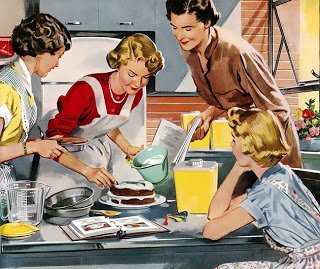 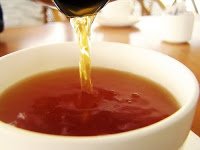 How to make a perfect cuppa… 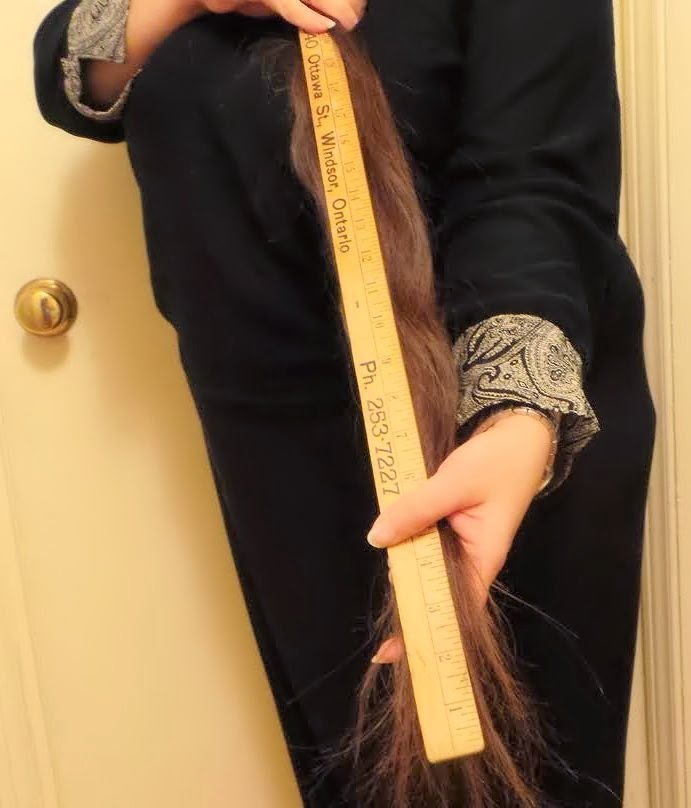 The Differences Between Long Hair & Absurdly Long Hair, aka How I became a Freak