School starts in a few weeks. My Rainbow turned four back in July. She is old enough to enter Junior Kindergarten. Whenever I think about it I get an upset stomach.

Frankly, I don’t want to do it.

This has been bothering me for months now.  Back in February we attended the Junior Kindergarten open house for the nearby public school. I thought it was an open house, as in you go and check out the place and ask questions… turns out that in actuality it was registration night. We were pressured and made to feel uncomfortable for not registering on the spot.

Why aren’t you enrolling her?
Is there something wrong with her?
That kid is ready for school.

My daughter wants to go to school. She can’t wait. She asks me when she gets to go. “I am four now, do you go to school when you are four?”

Of course she also wants to wear sandals in the snow, and eat Nutella three meals a day. She’s four. Just because it’s what she wants doesn’t mean it’s the right choice.

It was never my intention for her to go to Junior Kindergarten. As far as I’m concerned it’s government supported daycare for those who can’t be home with their kids. I am a stay at home mom. I am here, she doesn’t need to be in Junior Kindergarten. I went to the open house to take a look around, ask some questions, and to placate her father.

I would feel so much better about this whole thing if J.K. was still half days. But it’s not. It starts at 8:30 in the morning and goes until 3pm.  I don’t think kids that are four and five years old are ready for a full day in school.

My daughter still takes naps. If she doesn’t have her afternoon nap she turns into a horrible monster. At the open house my husband asked about naps in the classroom and the teacher said that for the first few weeks they provide a “quiet time” after lunch where kids can read or put their head down on the table and rest. The teacher laughed and said it wasn’t an issue and that certainly no children were falling asleep in her class.  Yeah, that’s not my concern. My daughter is not going to pass out in the middle of class. She is going to get past tired and turn into a fiend later in the day, once she’s at home.

And what about lunch time? My daughter takes upwards of an hour to eat a meal. She eats at the pace of a snail. I’m talking about, not distracted, staying at the table and eating… one hour minimum. They suggest that if you live within walking distance you go home for lunch. Yet they only provide a 55 minute lunch period. At least half an hour of that would be walking there and back. Leaving at best 25 minutes for lunch?  So not going to happen.

I don’t drive and  I certainly can’t just send my four year old out the door on her own. I would need to walk her there everyday, with Rocket in tow. Meet her at lunch, walk home, get her to somehow eat in under half an hour, walk her back to school and then head back home with the baby. Put the baby down for her nap. And then wake the baby up in time to walk back to the school for 3pm to pick up my daughter. Frankly, that sounds like hell.

Honey the only thing they are going to teach you is to sit quietly, listen and not eat the paste.

She already knows her ABCs and numbers  . She can count to 20. She can print her name. she knows her shapes and colours. She can draw a mean stick figure. She can tell you what letter a word starts with. She can make rhymes. She is pretty much ready to read, she already recognizes some words on the page.

I haven’t really sat down and tried to teach her anything, she just soaks it all up. She asks, I show her.

What the heck are they going to teach her??  The papers I brought home from the open house say things like, by the end of the year your child will be able to hold a book right side up, turn the pages and pretend they are reading. Seriously? You are kidding, right?

Maybe the kid is ready, but mommy is not.

I’m listening to my daughter sing in the other room as she builds a block house.  She constantly sings while playing. I just can’t see her singing at school.  She is such a joyous soul. She radiates happiness. I worry that J.K. will somehow squash that out of her.  It’s not logical, it’s just a gut feeling thing and my gut says NO.

When I was a kid they didn’t even have J.K. I remember it was a “new” option (one my mom chose to skip) when my kid sister was little, around 1987. J.K is still optional. Heck Kindergarten is optional.

On the other hand, my peers all send their kids off to J.K. without hesitation.

I don’t know of anyone who has opted to skip it.

My kid knows her colours, alphabet, numbers, shapes. All that stuff.  What is she going to learn in J.K.?  Really it’s about the socialization. So here’s where I feel guilty… the need to be around other kids. She’s at home with me 99% of the time, and aside from the occasional playdate or outing to Monkey Town she doesn’t see other children that often.

So you other moms out there, tell me – Anybody else lean towards just keeping their preschooler at home? What the heck do they learn in J.K.? Have you had experience with full day Junior Kindergarten? Anything to either put my mind at ease, or tell me I’m actually not crazy… I’d love to hear it. 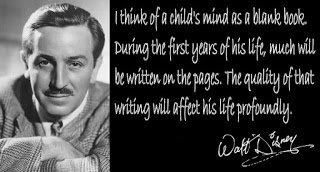 What You Write Into a Child’s Mind… 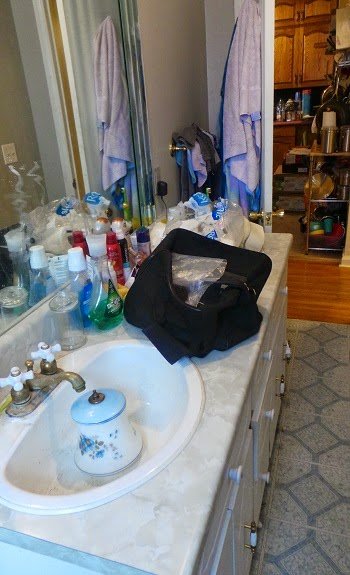 How My Husband Broke the Bathroom and My Home Renovation Epiphany
Kitchen Helper, Surviving a Preschooler in the Kitchen