You are here: Home / Mom Life / Just My Life / IBD is just as common as Diabetes and other shocking facts. {In honour of Crohn’s & Colitis Awareness Month}

November is Crohn’s and Colitis awareness month. Colitis awareness is a topic near and dear to my heart because my husband has Colitis and in the years since his original diagnosis, I’ve found it to be a disease which many people know absolutely nothing about.

Since so many people seem to have never heard of it, I had fallen into thinking that Colitis is a relatively rare thing to be diagnosed with. Which is why I was shocked to read the Crohn’s and Colitis Foundation of Canada’s new report on Inflammatory Bowel Disease (IBD) in Canada. It turns out Colitis isn’t nearly as rare as I thought.

Here are some of the facts that shook me up:

Diabetes? Epilepsy? Everyone knows what those words mean. IBD is just about as common, yet it seems that very few people know about it. Hence this post. My jab at helping to raise awareness for a disease that affects my family on a daily basis.

Inflammatory bowel disease (Crohn’s disease and ulcerative colitis) causes intestinal tissue to become inflamed, form sores and bleed easily. Patients suffer from symptoms including abdominal pain, cramping, fatigue and diarrhea that is often urgent and unexpected. There is no known cause or cure.

Having Colitis means knowing the location of every public restroom.
We first knew something was wrong with my husband when I was pregnant with our first child.  When I was five months pregnant we went on a trip together. I felt like I needed to pee every 20 minutes and spent our vacation anxiously hunting down public restrooms. That’s when I noticed, that as frequently as I needed to make “pit stops”, my husband was heading to the bathroom even more often than I was. I thought, “Wait, I’m pregnant… what’s his problem?”

Having Colitis means restrictions on what you can eat and drink.
Eating the wrong foods can cause painful flare-ups. Unfortunately, there is no one proper diet to follow, as what foods will set someone off is unique to each individual. Figuring out what will set you off is a process of trial and error. Foods that my husband has learned to avoid include beans, lettuce, anything whole grain, and spices, particularly pepper.

Having Colitis means being on daily medication for life.
My husband has to take a trio of daily pills to help keep his colitis in check. The dosages have to be constantly adjusted by his specialist. When he has a flare up he has to take more medications, not always in pill form either. Some of the side effects from the medications he has to take include frequent headaches, mood swings and weight gain.

Having Colitis means you never know when you might have a flare-up.
There is no rhyme or reason to when a flare-up strikes. Some studies say it’s linked to stress, and I think in this household we’ve found that to be true. Some flare-ups are mild. Some are downright debilitating. When he’s having a bad flare up my husband needs to be close to a toilet at all times because of frequent diarrhea and vomiting. He becomes dehydrated. He becomes weak and on multiple occasions has even passed out. He is extremely fatigued and sleeps for days at a time.

Having Colitis means worrying about work and sick days.
When my husband is having a flare-up he is useless and miserable. Which means he is unable to work. We are constantly worrying about the number of sick days he takes over the year and how that will affect his employment.

Having Colitis means worrying about money.
The various medications my husband has to take are expensive and we only have partial coverage. Add that to unpaid sick days and having Colitis definitely puts a ding in your pocketbook. It’s actually one of the stats the Crohn’s and Colitis Foundation of Canada highlighted in their report:

The economic costs of IBD are conservatively estimated is $2.8 billion per year, which is more than $11,900 per person every year.
o   Direct medical costs (dominated by medications, hospitalizations and physician visits) totalled over $1.2 billion.
o   Indirect costs (dominated by long and short-term work losses and patient out-of-pocket expenses) totalled over $1.6 billion.

Here’s an infographic that breaks down some other interesting facts from their study:

Come on in, the waters fine…

Think sleep is for the weak? Think again… 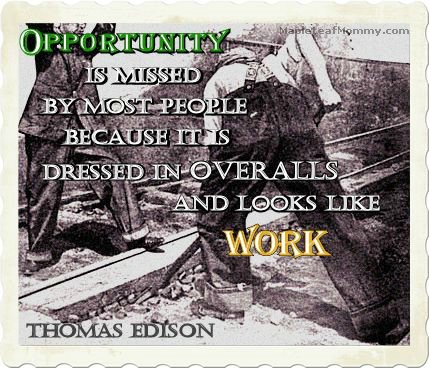 Opportunity is missed by most…