You are here: Home / Mom Life / Just My Life / My Childhood Memories From When I was Eight…

My first experiences with loss…
When I was in grade three we gave away Tina, the cat which I had won in a potato sack race when I was three. I had developed allergies, and was allergic to cat dander. Tina hadn’t adjusted well to life in the city. She never seemed happy after we moved and had taken to shredding her claws on windowsills and furniture. My parents spent some time trying to find a home for her. She ended up going to one of the guys that worked with my dad, Carry. We used to refer to him as the zookeeper, because had a cockatiel, a cat and several large lizards. Visiting his house was a treat. Tina didn’t end up staying at Carry’s house though. She didn’t fit in with his other animals. She ended up being given away to some other stranger, and living on a farm out in the county. I never saw her again. My eight year old heart was broken. In my letter to Santa that year I asked for just one gift, my cat back.

That same year my great grandmother, my Pip’s mom, passed away. She had lived within walking distance of our house, but on the other side of the railroad tracks. We lived on a deadend with the railway at the end of the road. I remember my mother deciding if we would go visit my Grand Mimi Rose based on whether or not there were trains parked blocking us from crossing the tracks (because sensibly she forbade us from ever climbing on the stationary trains  –a stupid trick I was to perform many times when I was older). I have fond memories of visiting her, and I still have some of the little china knickknacks she gifted me with. She had waist length bone white hair, in a braid, hidden under her wig. I thought her hair was beautiful and never understood why she wore a wig. When she passed away I remember feeling so guilty. I thought I should feel more upset then I did. And I remember bringing up memories of losing my cat to summon up tears on demand, the tears I felt I owed Grand Mimi Rose. When they were parceling out her estate, we were sent a box of old Christmas ornaments, some of which I still have. They are cheesy, old and plastic and I have to defend their existence to my husband each year,  For some odd reason, included in the box was one of her wigs. I guess someone thought we would use it to play dress-up? It terrified me. My little brother used to torment me by sneaking up and tossing the wig at me, to hear me shriek.

Christmas at our house…
Christmas eve we would spend at my grandma and papa’s house. My Aunt and Uncle would be there with their two boys. We would have a big traditional turkey dinner. An eight foot folding table would be set up in the middle of the front room to accommodate the adults, and the kids would sit at a separate card table. After dinner one of the adults would take all of us kids into one of the back bedrooms and tell us stories and try and keep us occupied, while Santa would come to the back door. I don’t remember ever falling for this one. “Santa” would bring presents for each kid (which were really bought by my grandparents) and stockings full of walnuts and oranges. I love my grandmother dearly, but she bought us the WORST toys. Always cheap knockoffs. Which was basically why I refused to believe Santa himself had anything to do with this racket.

Christmas morning we would wake up before our parents and run out and check out the presents. There would be a new colouring book waiting for each of us, usually Christmas themed, and a new box of giant crayons to share. We were allowed to look at the wrapped presents and guess their contents, and sit and colour until my parents woke up. We each received three “toy” presents from Santa.  Normally one big thing, and then two small ones. From our parents we got socks, underwear, clothes. At some point, I think it was around grade two or three my dad complained that Santa got all the good PR and insisted on adding a toy from mom and dad to the mix. We had stockings that Santa filled with tiny cheap things (mostly somewhat practical; like combs, perfume, etc) and more tangerines and walnuts.

In grade three my parents went all out and made me a dollhouse from scratch. It was about four feet tall and sort of  looked like  a pantry cupboard.  When you opened the doors there were three Barbie sized floors inside. 90% of the furnishings were hand made. It was amazing. There was a tiny wooden jewelry box on Barbie’s bedroom dresser and inside it was a tiny paper envelope which actually had a wee letter letter from Ken inside it. Truly only elves could have made this!

I still have this dollhouse. When I moved into my first apartment I stored all the minis in a box and used the “cupboard” to store towels and such. Later when we moved into our house and had more space I was really pleased to be able to set it up as a dollhouse again. It’s currently tucked away in a corner of our dining room. I never open it and my daughter has no clue what’s inside. I intend to keep it that way until she is at least five.

My love of reading…
My mom brought us to the library frequently. She often read chapter books out loud to me. In particular I remember her reading the Oz books (which I’m now reading to my little girl). By grade three I was taking chapter books out from the library on a regular basis to read by myself. I remember loving the Little House series, The Borrowers books, and anything by Andre Norton.

I had a run in the grade school Librarian, Mr. O. He caught me checking out a chapter book and had a fit. He and my teacher both insisted that I take out only the books which were on the bottom shelf running ’round the library, the picture books. In particular I remember them trying to sell me on the Lorax. It ended with my mother in conference with the principal insisting that I be allowed to take home whatever books I wanted.

I remember the particular book that I was trying to take out that day, and that I later won the right to read: The Silver Crown by Robert C. O’Brien (Better known for writing the book which was to become the basis for The Secret of NIMH movie). It was a story about a girl who wakes up on her birthday to find a silver crown on her bedstand.  She goes out for a walk, and comes home to find her house has been destroyed. Bad guys are searching for her, they want the crown which was “magical/sci-fi” properties. She ends up hooking up with a woodsy lad and living off the land. They eventual save a bunch of other kids that are being used as slaves by the bad guys. That image of the two kids hiding in the woods was to stay with me and play a prominent role in my daydreams.  I would constantly fantasize about running away, camping under the stars and living off of berries. 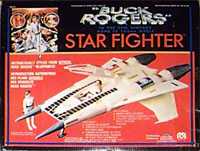 My Dad and his sister would compete each year to see who could buy their children the most noisy and annoying toy. One year she gave my brother a Buck Rogers space ship which lit up and made lots of “phew-phew” laser shooting noises. I remember creeping into my parents bedroom and placing the spaceship directly above my dad’s face and then turning it on to wake him up on Sunday morning. Shortly thereafter that ship mysteriously disappeared.

I was obsessed with one particular episode I had seen of Buck Rodgers, concerning Space Age Vampires. When filling out my All About Me book in school I answered pretty much every question with “Space Age Vampire”. What would you like to be when you grow up? “A space age vampire”.  If you were president, what would you do? “See to it that there were more space age vampires”. etc.  If I remember correctly my teacher was a little concerned about my obsession and contacted my mother over it. My husband bought me the complete series of Buck Rogers as an anniversary gift this year. I have now rewatched the long coveted
Space Age Vampires” episode and I was shocked by how absolutely horrible it was. I enjoyed getting to watch Buck Rogers in general, and most of it is pretty darn good, but this episode is a lemon. I have no clue what made me fixate on it as a kid.

This was in 1983-1984. Besides noisy space ships and dollhouse minis, some of my favourite toys to play with: were my Moppets Secret Dollhouse, Tree Tots Tree House and the Weebles Haunted Mansion.

This post is the fifth in a series to record my youth as a gift to my children. 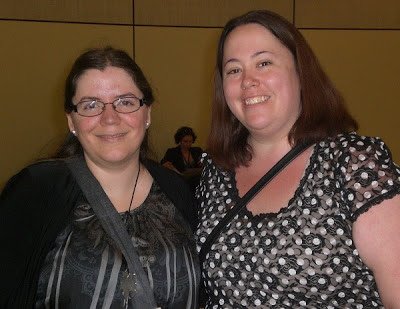 Geek with Maple, When Bloggers Meet
I’m not really here, in more ways than one. 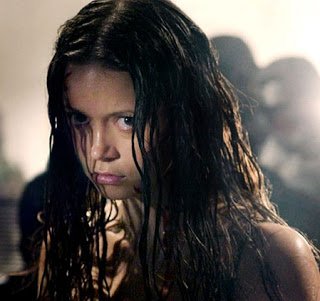 Someone Kicked Me in the Words: The Surreality of Life with a Concussion