You are here: Home / Mom Life / Just My Life / Childhood Memories from When I was Seven…

When we moved to Windsor when I was five I almost immediately made friends with a little boy who lived a few doors down. His name was Jeff. Jeffie and I were the best of friends. He was one year younger than I. When I was in Grade 2, he was in Grade 1. We played together all the time, and boy did we ever get into trouble!

One time Jeff told his mom he was going to my house. He didn’t lie, the original intention was to go play in my backyard. We then told my mom that we were going to the park. Yes, of course Jeff’s mom knows he’s going to the park! (Ok, so maybe we lied just a little bit.) Once we got to the park we ran into one of Jeff’s friends from school and then wandered over to his house. Come dinner time Jeff’s mom couldn’t find him, my mom couldn’t find me, and when we finally meandered home we were both in serious hot water. 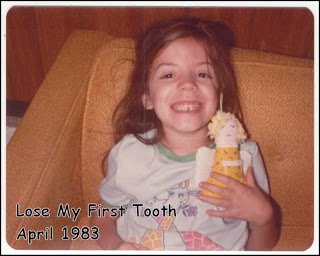 Another time we just neglected to come home after school. In retrospect I realize just how much this must have terrified my mom. I don’t remember where we ended up wandering off to, maybe the park again, I just remember we didn’t head straight home. I arrived at my house more then an hour and a half after school ended and my mom was furious. I think these two incidents happened really close in time to one another. I clearly remember being grounded for two weeks.

My Aunt D.’s in-laws lived on Pelee Island. My family was planning a trip to go with my Aunt and Uncle and their kids to go visit their Nana and Papa on the island. It’s a wee island about an hour’s drive from where we live. You can only get there by ferry. I was so excited about this trip, particularly the prospect of riding the boat over. However, I didn’t get to go. Because I was grounded my mother arranged for my grandma to come stay at the house with me for the two days they were gone. 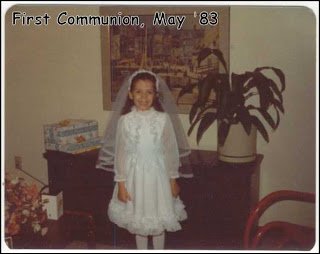 At the end of the school year I discovered that Jeffie was moving. I was pretty darn upset.  I remember the last time I saw him. We played at the park, and when it came time to head home he made a big deal about kissing me to say goodbye. We went around behind a tree so the other kids wouldn’t see and laugh. So that was my first kiss. I would have been eight at the time.

After I was born my mom went back to work. She worked as a front desk clerk at a hotel in downtown Windsor. Then after my brother was born (1978), she didn’t return to work. She was a stay-at-home mom the majority of the time I was growing up. She wasn’t to start working outside of the home again until I was in the later part of highschool.

In December of 1982 my little sister was born. My mom was very sick throughout the pregnancy.  I remember my grandmother, my dad’s mom, coming and staying at our home to help out. A favourite family story is how while my grandmother was over helping she found my moms rag pile made up of old socks and underwear, and she washed, bleached, repaired and darned them all. Personally I remember being fixated on discovering just one thing about the baby to be, and it wasn’t the gender… I couldn’t wait to learn what kind of belly button the new baby would have, an innie or an outie.

We didn’t have a family car, so we walked many places, and often took the bus. This must have been a pain in the butt for my mom, but as a kid I remember loving it. An appointment to see the dentist or the allergist turned into a whole day affair, with the entire day off of school. Sometimes my Dad would drop us off at my grandparents in the morning on his way to work, then my grandfather would drive us to the doctors in his big blue Lincoln.

My grandfather used to deliver bakery goods by horse and buggy. (In the 50’s if you can believe it?! ) He was an easily distracted driver. Any ride with him included a running commentary on his thoughts about the city, and pointing out all of the places he used to stop on his bread route. I remember one time he had just had his car cleaned and the upholstery scotch guarded. He didn’t listen when I complained that the smell was making me ill, and I puked all over his freshly cleaned seats. After that every time I got in his car he would view me with trepidation.

My dad worked with my grandfather at the family business. He sold office furniture and rented chairs, tables an party equipment. He worked six days a week from 7am to 5pm. The weeks leading up to Christmas were always particularly busy for him, and he would often get home from work after us kids were in bed.

I would hear my dad leaving for work in the morning and I would get up in my nightgown and head to the big picture window in the dining room which faced the roadway. I would stand and wave goodbye to him in the window as he pulled away. I remember how I loved standing directly on top of the heating grate so that the hot air would blow up around me. The metal was so hot it scorched my toes.

My dad would often play catch in the backyard with my brother and I. Or sometimes we would head to the nearby park and play baseball. He was always willing to humour my big imagination. When we were driving around town our Shaggon Wagon became the Batmobile or KITT from Knight Rider. My brother or I would choose a car and order him to follow it “in super pursuit mode”!

I loved watching the old Batman show from the 60s in syndication. One of my favourite imaginary friends was Batman. I told anyone that would listen that I wanted to marry Batman when I grew up. My Wonder Woman Underoos and Magic Lasso set helped complete the fantasy.

This was in 1982-1983.  I loved the Fisher Price record player I got for Christmas that year.  That thing saw a lot of mileage. (Heck, I still have it.)  I also spent a lot of time playing with my Strawberry Shortcake dolls. I remember really liking the animated specials that came out for Strawberry Shortcake.  I think it was around this time as well that I saw the movie Xanadu on TV.  It was a movie with Greek gods and roller skating!  I adored it!  I remember saving up to buy the LP.  I used to get $1 a week allowance.

This post is the forth in a series to record my youth as a gift to my children.

On the Road to Freedom: My In-Class Lessons with Young Drivers 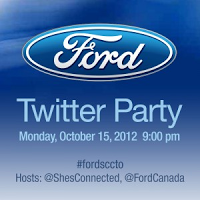 Fun with Ford at Shes Connected

On the Road to Freedom, Quest for my Driver’s License Part 3