You are here: Home / Mom Life / Just My Life / Childhood Memories from When I was Six…

I had trouble coming up with memories that are distinct to Grade 1. So much of that time flows together in my mind.

I’ve been poking fun at my mom at how few pictures there are from that time, and in particular that there are no photos of her.  We sometimes forget how lucky we are to live in the age of digital cameras, no photo development fees, no film to buy, and the film never expires.  It seems the only photos I have are of holidays and vacations.

Each year for Hallowe’en my mom would make us costumes from scratch.  We got to pick whatever we wanted to be and she always came through with a costume.  One year my little sister was Roger Rabbit, that one was pretty impressive.  Another year I was a Fairy Princess. My mom tried to talk me out of it, but  I insisted. I had this ancient beaded bridal tiara that I think was my great grandmothers. My mom resized a lime green bridesmaid dress, adding some flowers and ribbons to it, and made me a magic wand to carry.  As I went door to door some people thought I was a fairy and some people thought I was a princess, but no one “got” that I was a Fairy Princess. I remember that I was so ticked off that night.

My favourite Hallowe’en costume she ever made me though was the one I wore in first grade.  It was my first time wearing a costume to school, as we hadn’t done that in kindergarten. I went as Jeanie, from I Dream of Jeanie.  I had bright pink silk pantaloons made from one of my mom’s old negligees.  I wore a white turtleneck with this vest my mom had made with bricabrac all around the edges. My hair was up in a high ponytail with beads wrapped around the base. And I even had pointed Genie shoes.  I felt like a million bucks in that costume. I loved it.  How I wish my mom had taken pictures of that costume!

Near the end of Kindergarten I was diagnosed with milk allergies, so from age six onwards I didn’t have dairy.  This mostly sucked at birthday parties, no pizza, no ice cream, no cake. I remember being upset that I could no longer eat Kraft Dinner, the first thing I had learned to cook on the stove top by myself.

I think the best part of Grade 1 was finally learning to read and write.  I had pestered my mom for years to teach me to read, but she refused.  She had been told it would be bad for me to learn too early, or to learn before I started school.

Around the time we moved to Windsor my parents sold their car and the only vehicle we had was my dad’s work van.  It was a bright red van with lettering for Ace Office Furniture on the side.  My dad had the van custom fitted when it was purchased.  He added in bucket seats in the back for us kids to ride in.  There was a window panel, but only on the passenger side. The entire thing was carpeted. The carpet was the same as the new carpet in the front room of our new house. They matched.  Behind the row of bucket seats was a large open area all covered in carpet and along the drivers side, behind the wheel well was a small fridge! We used to call it the Shaggon Wagon, because of the shaggy carpet.

When I was about three and a half my mom’s parents moved to Florida.  Over the years we were to visit with them many times. The second of those trips was in February of 1982.  We rode down there in the Shaggon Wagon. It was about a 24 hour drive and my dad would do the whole thing straight, without stopping for sleep or staying in a motel. Which when I think about it now is pretty crazy.  I loved those rides. My favourite part was driving through the Rocky Mountains. I was 6 and my brother was 3.  Neither of us had car seats. We laid sleeping bags, pillows and blankets in the back and would crawl back there and lay down to sleep.  We would take turns riding on my mom’s lap up front to enjoy the view.  We would stretch out in the back and sit on the floor and colour and look at books. We would stand right up against the back doors of the van and look out the rear windows. All of which would be highly illegal now a days. 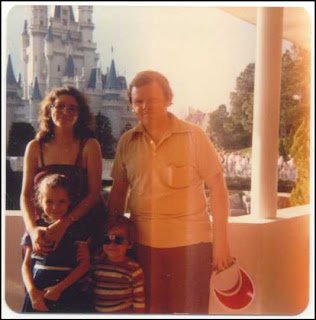 When we went to visit my Mim and Pip we stayed at their house. We usually stayed for about two weeks. No motel and no eating out, so it was a real low budget vacation. We would go grocery shopping while down there and buy things like Clamato and non-frozen Orange Juice for treats. I remember once we went to Venezuela Beach to pick sharks teeth. Another time we went to Busch Gardens, which I remember as having a lot of roller-coasters and rides I wasn’t big enough to go on.  Sunken Gardens, with all the bright tropical birds, lizards and animal shows was much better.  And of course we went to Disney World.  We would get up at like 4 in the morning and drive from Sarasota (where my Mim and Pip lived) to Orlando, walk around all day and enjoy the Magic Kingdom and then turn around and drive back, returning well past bedtime.

This was 1981 to 1982.  I loved watching Little House on the Prairie.  Most of my favourite shows were in syndication, Bewtiched, I Dream of Jeanie, Green Acres.  I must have watched cartoons, but none stand out in my mind.  What I do remember are the hour long “specials”, Puff the Magic Dragon and The Lion the Witch and The Wardrobe.

That animation of The Lion, The Witch and The Wardrobe, I only saw it once but it stayed with me for years. I had a wardrobe which had come from my grandma’s house and I used to sit in it for hours hoping to fall through to Narnia.

My favourite toys were Legos and Fisher Price Little People. Both of which I was to continue playing with until I was like 12 or 13 (having the excuse of a younger sibling was great). I would spend hours building very elaborate multi level houses, complete with balconies and brick furniture. I also remember making dollhouses out of cardboard boxes. Building furniture out of wooden spools and matchboxes and making potted plants out of garbage twist ties.

This post is the third in a series to record my youth as a gift to my children.

My Summertime Blues, Or No Way I’m Going Out in That 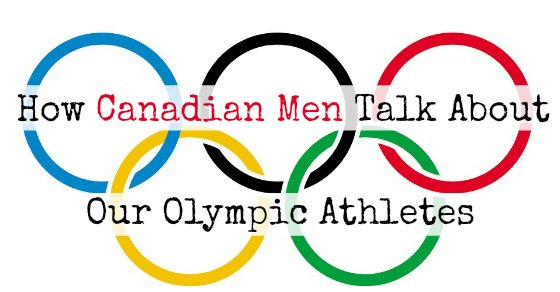 How Canadian Men Talk About Our Olympic Athletes
I think Betty Crocker Wants to Make me Cry, or What the heck is going on with my body?