I only “discovered” blogs a few short weeks ago.  A friend sent me an invite to join a facebook group for Woman Uncensored.   From there I stumbled onto many other mom-centered blogs, and the strangely addictive blog giveaways.  In short, I was hooked.

Though I was originally reeled in by the giveaways, I quickly became interested in the content.  As a stay at home mom, I have to admit that I sometimes feel like a prison inmate or a shut-in.  I know in my heart that spending time with my girls is the most important job in the world.  However, in my head I crave adult interaction and some sort of validation for the 24-hour on call duty I’ve taken on.

Reading the mom antecdotes and exploits on other blogs has given me an “ah-ha, me too!’ feeling of companionship that’s been lacking in my day-to-day.  And then there’s the giveaways.  Did I mention I’m addicted?

I’ve run into surprisingly few Canadian mom review and giveaway blogs.  So, I’m thinking of starting one myself.  We’ll see where this goes… 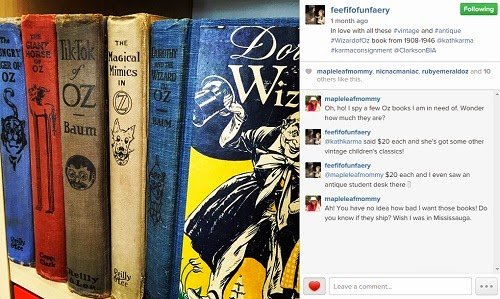 On the Road to Freedom, Quest for my Driver’s License Part 3