You are here: Home / Mom Life / Tips, Tricks & Hacks / How Insurance Fraud Hurts Everyone & What You Can Do to Help

The Insurance Bureau of Canada is a national association that represents the insurance companies that give you coverage on your home or car. I’ve complained for years about how high our insurance rates are, particularly our car insurance, but I’ve never really thought about the reasons behind it. Reading up on the Insurance Bureau of Canada really put it into perspective for me.

Can you guess one of the main reasons insurance rates are so high? The answer is fraud!  Honest folks end up having to pay for the dishonesty of others. In Ontario alone insurance crime costs Canadians more than $1.6 billion a year. Whether the crime is committed by an individual intentionally exaggerating the amount of damage incurred in a loss or by a highly sophisticated organized crime ring stealing cars and shipping them to other countries to sell, it all adds up. And ordinary Canadians end up paying the price.

As I think back over the years, several of the examples they cited sounded awfully familiar. A co-worker brags about the new big screen TV he’s getting as a result of the break in at his house, a TV far nicer then the one he actually owned. A neighbour is relieved to have gotten in a minor car accident, because now insurance will cover all of the pre-existing repairs needed on her already damaged car. A friend jokes about staging a break in at his place just to make a false insurance claim. A co-worker exaggerates his car wreck injuries in hopes of a big windfall.

You can make a difference, both by being honest in your own claims and by reporting insurance fraud. If you think someone is committing an insurance crime you can submit an anonymous tip online or by calling the Insurance Bureau of Canada hotline at 1-877-422-TIPS.

Keeper of the Hair & Hair Care Tips with Pantene 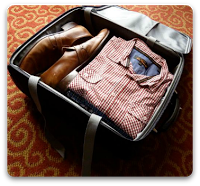