I’ve been struggling with school lunches for Rainbow since day one. Given the school’s strict policy on not sharing food (because of allergy concerns we’re not even allowed to send edible treats for special occasions) it’s not so much tradesies I worry about, as how munch of her lunch comes home with her at the end of the day. Last year she started Junior Kindergarten and for the first three-quarters of the year she was bringing home anywhere for 80-90% of her food on a regular basis. She’s not a terribly picky eater, though her sudden changes in taste can leave me frustrated. (Come on, last week this was your favourite and now you won’t even look at it?!) She does however eat very slowly, and the short time-limit on the snack and lunch periods just doesn’t work for her.

One night, as I unpacked her mostly uneaten lunch, in frustration I asked her: “What do I have to do to get you to eat your lunch!?” and she answered me quite calmly “You need to give me less. I can’t eat that much, there’s not enough time you need to give me less.”  Which sounded silly, but I gave it a try and found if I listened to her and packed just slightly less she was eating much more.

Another time, I asked in bewilderment, “Why didn’t you eat this? These are all your favourites?!” and she said “But you mixed them all together. I like things separate. I eat by sort.” I eat by sort? that sounds laughable, but I noticed, it’s true she likes to have her foods separate, not touching, on her dinner plate, and she will eat all of one type before moving on to the next one. It’s not something I had given a great deal of thought to, and not something I was considering while packing her lunches. If I send her to school with a container full of cherry tomatoes and olives she is going to waste half of her snack period picking them out and sorting them. No wonder the darn kid never finds time to finish her meals.

So I guess what I’m trying to say is, my number one tip for making lunches that kids will eat is to listen and to involve them in the process. To be honest I often pack Rainbow’s lunch last thing before heading to bed, long after she’s sound asleep. But while at age 5 she doesn’t often give me hands on help while putting her lunches together, I do try and get her input. She loves helping to pick fruits and veggies at the grocery store, specifically for her lunches. And in the morning as she packs the lunch into her bag, I tell her what’s in each container. The kid doesn’t’ deal well with surprises, she wants to know what to expect. If I neglect to tell her what’s in her lunch containers, she will waste her entire first snack period opening them just to see what I packed. And it took me a year to figure this out!

My second big tip for creating lunches kids will actually eat is to make it fun. Rainbow likes when I make silly shapes with her sandwiches. She also loves when I include healthy treats such as individual servings of applesauce, canned fruit in water, and Snack Pack Juicy Gels and Puddings. I save these as “just for taking to school” and we seldom eat them at home, though we did splurge and have pudding with our lunch over the holidays.

Needless to say on her first morning back after the Christmas break when she saw the Snack Pack of chocolate pudding in the fridge waiting to be packed into her napsack, Rainbow was ecstatic  She actually started singing a “pudding song” and dancing around the kitchen!

Visit the Snack Pack Canada Facebook Page for more great ideas on how to create No Tradesies lunches for your child!

Disclosure: I am participating in the Snack Pack “No Tradesies” blog tour by enCompass Media on behalf of Con Agra Foods. I received compensation as a thank you for participating and for sharing my honest opinion. 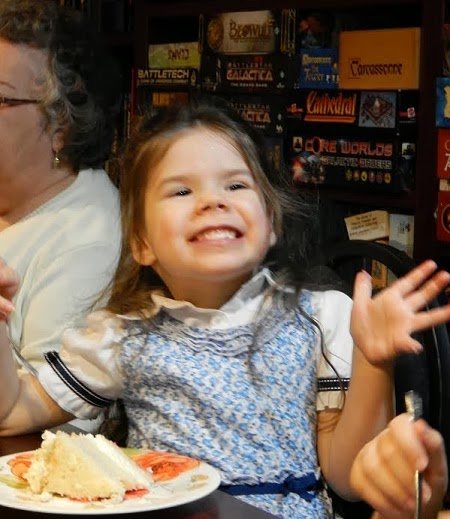 To My Dad on My Daughter’s Fourth Birthday

Hey Mother Nature, Get Your Act Together!