You are here: Home / Mom Life / Tips, Tricks & Hacks / WARNING: Take the Batteries Out of Your Kids’ Toys!

When is the last time you checked the batteries in your kids’ toys?

The other day I was at my mom’s house hanging out with my third grader and we got a pile of TAG books out to read.

I was still recouping from my hysterectomy and Gigi offered to read to me while I rested in a chair. Her plan, she informed me, was to read all of the books out loud to me and then to play the TAG games in the back of the books. 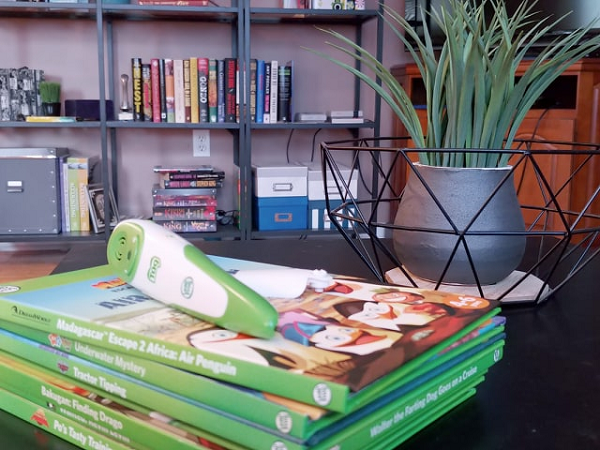 Disclosure: Some of the links in this post are affiliate links. Which means if you click through and make a purchase I earn a small commission at no cost to you.

My mom, being a pretty cool grandma, has a wide assortment of toys set aside for the girls to play with when they come over. Of course, being over at Mimi’s house, some of these toys don’t get played with for weeks or months at a time.

Which is why it wasn’t too shocking when we went to turn the TAG reader on and it didn’t work. We assumed it just needed new batteries. Popping it open we made an unpleasant discovery. The “dead” batteries inside the TAG reader were leaking battery acid. (We had almost let my 9 year old change the batteries on her own. I am SO glad she wasn’t the one to open up this dangerous mess.) We carefully wiped it down and popped a fresh set of batteries into the reader, but the toy was no longer working. Doh.

Then the very next day my husband texted me a photo of our kids’ Furby doll saying, “Furby leaked battery acid everywhere. Do I toss this??” 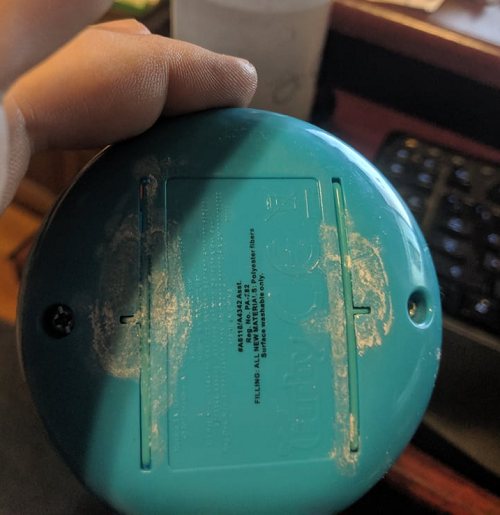 Damn. I felt guilty about the Furby because it was totally my fault. When the batteries died I intentionally left them sitting in there. I didn’t want to change to fresh batteries because I was sick of hearing the furry monster say, “Ahhh! Put iPad here!” and “Me hungry!”. (Have I mentioned that this thing has no volume control and is permanently set to LOUD?)

I mean, I’ve done this in the past. Furby gets batteries. Kids play with Furby until batteries die. Mom “forgets” to put new batteries into Furby for several weeks or months. Mom finally gives in and puts fresh batteries into loud annoying toy that the children love so much. Rinse and repeat. We’ve been doing this dance for a few years. No big deal.

Except, apparently, I should’ve been taking the dead batteries out of that wee beastie ASAP.

It’s weird that this should now happen twice in one week when it’s something that hasn’t happened to me in well over a decade.

(And the last time was when we were unearthing old toys from storage. Finding batteries in some of that stuff was scary. And I KNOW better than to put a toy away in a box for over a decade and not remove the batteries first. Still, mistakes happen. Discovering that battery acid had melted out the insides of a Dark Tower game from the 80s was not shocking. Discovering that the Furby that I’ve been politely ignoring for the past two months was leaking battery acid into my kids’ toybox was.)

Anyroad, this is prompting me to take the time to dig out some screwdrivers and check all of my kids toys, making sure that we don’t have any dead batteries just sitting around ready to burst. 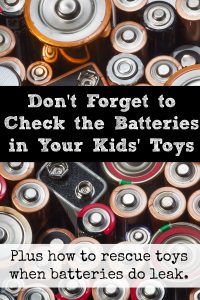 How to fix leaking battery damage?

On a happier note, we were able to save the TAG reader. A second closer inspection revealed more battery acid down inside the battery compartment, coating the bottom set of contacts. I used a couple of damp cotton swabs to carefully wipe it up, but it looked like some might have leaked into the electronics portion of the toy. So I was pleasantly surprised when I popped in a new set of batteries and it worked! Happy kiddo.

If your child hasn’t played with that battery operated toy in months, open it up and check on the batteries. Remove and dispose of “dead” batteries promptly. Don’t leave dead batteries sitting in toys. Battery acid is corrosive and will ruin the battery contacts and/or innards of the toy (and is also dangerous to touch!)

If the worst does happen, very carefully remove the burst batteries and clean up any battery acid left behind (I recommend rubber gloves and damp paper towels, plus cotton swabs for the wee corners and hard to reach bits). Try new batteries. If it works, great!

If a fresh set of batteries doesn’t work look closely at the battery contacts. Make sure they have been thoroughly cleaned of any battery acid. Use a cotton swab that has been dipped in vinegar to wipe down the contacts. Try lightly sanding the contacts with a nail file or a wee piece of steel wool. Sometimes that will do the trick. If not, sorry, it’s probably time to let this toy go.

Overall, remember to never store toys or other electronic devices with batteries in them. And leave the battery changing to the grown-ups.

So what’s the science behind all of this?

Ok, what most folks refer to as battery acid isn’t actually an acid, it’s a base. We are talking about  alkaline batteries here, and alkaline is a base. Which is why a mild acid, like vinegar or lemon juice, can help to neutralize it.

What actually leaks out of alkaline batteries is potassium hydroxide, which IS caustic and can cause corrosion. While caustic, potassium hydroxide is still a base, which can be neutralized by a mild acid. It is a “severe irritant” when introduced to skin, and can cause respiratory problems. AKA be careful to wash your hands, not directly touch the stuff leaking out of your batteries, and keep it away from your eyes, nose and mouth.

Here’s a quote from the Duracell website, on “How to clean up after a battery leak?“:

Follow these tips to clean up after a battery has leaked: Work in a well-ventilated area. Wear household gloves and glasses.Using a toothbrush or cotton swab, remove battery leakage from the electrical contacts. Make sure electronic device is completely dry before trying a new battery. To avoid future problems, adopt the following practices: Do not mix and match different battery brands in the same device. Remove batteries from devices that are being stored. To clean any leakage of the following battery types, Alkaline, NiCAD and NiMH batteries, use either one tablespoon of boric acid in one gallon of water or a mixture of equal amounts of diluted vinegar or lemon juice with water (50/50 ratio).

What about you folks? Ever have to toss a toy because of leaky batteries? Any tips for battery acid clean up or toy repair? 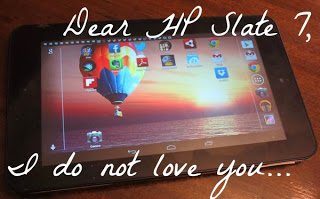 Dear HP Slate 7, I Just Don’t Love You… or How I Discovered I Like Grapes 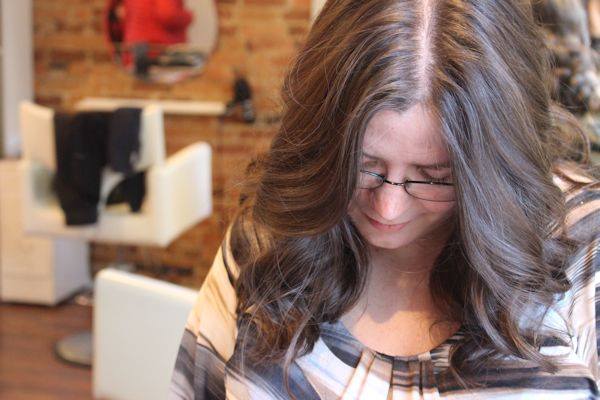 Cutting My Hair to Donate to the Pantene Beautiful Lengths Program, an Update Two Years Later 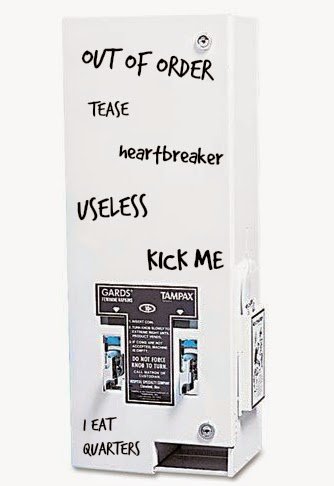 A Tale Of Utter & Mortifying Embarrassment aka My Embarrassing Period Story