You are here: Home / Mom Life / We are Experiencing Technical Difficulties, Please Stand By… 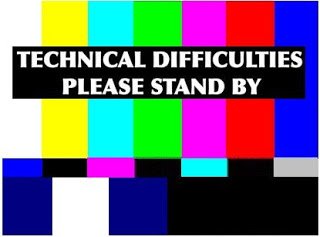 Sorry guys. My internet access has been patchy as best for the past little while. We have been having work done on the wiring in our house, and also on the telephone lines. I’m very much hoping that the end result will be internet that works 100% of the time, without constant disconnections and all the other garbage I’ve been dealing with. I also really like the part where my house will no longer be a “fire or electrocution hazard”.

Our house was built in 1954. Mostly I love it. However, we’ve been having tons of problems with power surges frying appliances
throughout our house… like for example our dishwasher, which is only
two years old and now probably has to be replaced. Given the constant odd and ongoing issues we’ve been having with power surges, we hired an electrician to come in and take a look at the place. The first thing they did was put in a shiny new surge-protected electrical panel, as ours was outdated. Then they did a top to bottom inspection of the house and discovered huge problems throughout. 99% of the outlets in my home are not grounded, and about half of them have reverse polarity. I have two really questionably wired light fixtures featuring lovely sections of bare exposed wire, etc, etc. Needless to say I am rather upset right now with the home inspector who I paid several hundred to when we moved into this place, and who told us this house was up to snuff.

Currently I am waiting on an estimate on the remainder of the work, and then for the electrician to come back and finish it all up, which I’m guessing will take another day or so.

In the meantime, my house is in complete disarray, as we moved all of the furniture into the centre of each room so there would be access to all of the outlets. I have no dining room. The girls and I have been having a lot of front room floor picnics. I am really looking forward to having this all finished and everything moved back.

At the same time I figure might as well have Bell finally come in and look at the phone lines. We have been having issues where the phone will occasionally cut out while I’m chatting with someone, and we’ve also been having problems with our DSL access. Two visits from a Bell technician, several days with no DSL access, and I’m still not certain the problem is solved. Since it just cuts out sometimes, and at other times works fine for days or even weeks in a row, I’m left waiting to see if it starts acting up again.

So that’s what’s going on over here. I felt like I should offer an explanation, since I haven’t been online as much as my norm. I’m really hoping everything will be back to normal soon. I have a backlog of review posts I’ll be trying to get to over the next little while, though I also suspect another day or two without electricity is in my near future. 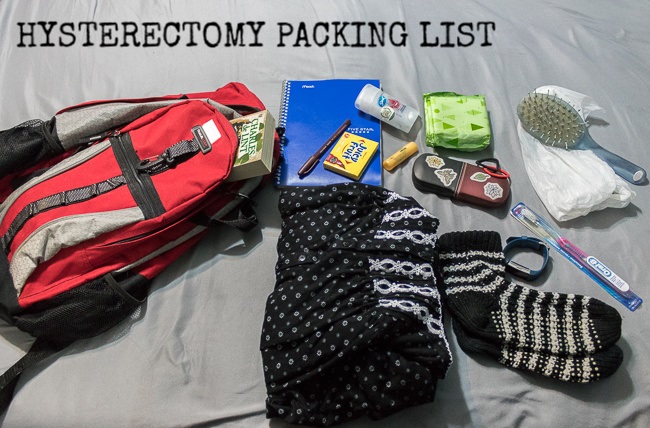 Hysterectomy Packing List – What to Bring to the Hospital