You are here: Home / Family / Curing the Back to School Jitters

I have a little one who is nervous about heading to school. She’s going into Kindergarten next month. Our countdown tells me it’s 16 days away. Some days, when I’m ready to trade her to the neighbours for a decent cup of coffee, it feels like it can never come soon enough. Other days, I feel almost as nervous as she does at the idea of relinquishing my baby into someone else’s care.

She speaks in television based idioms, little riddles that would be indecipherable if I hadn’t spent a bazillion hours cuddled up next to her on the couch watching Netflix. Climbing into my lap she confides, “When I think of school I feel Fluttershy.” (For the uninitiated that’s one of the main characters on My Little Pony: Friendship is Magic, a soft spoken pony who loves animals) “So you mean you feel shy?” I ask, and my normally exuberant kid says “Yeah, like my voice is gone”, she whispers low as she adds “and I don’t want to talk.”

She walks in and out of my bedroom practising. Pretending I’m some strange kid she says “Hi, I’m Gigi? Who are you?” I tell her she’s doing great. She says “When I hello I’m all Twilight Sparkle.” I stare at her blankly and she adds “She made friends with the other ponies when she said ‘Hello, I’m Twilight Sparkle.'”  I remember rewatching the first ever episode of season one the other day and I realize that yes, when she first met the other main characters she did say exactly just that. “Yep, just like Twilight Sparkle.” She thinks about it for a bit and says “Hmm… I sound like Twilight Sparkle but I still feel more like Fluttershy.”

I tell her that’s okay. I tell her that the other kids will probably feel a bit shy too. I fish around in my brain for other words to reassure her. All her talk of ponies has me thinking of TV. I remember an episode of Blue’s Clues where Blue’s friend Periwinkle goes to school for the first time. It’s been quite a while since we’ve watched it, she’s probably forgotten all about it.

Knowing she’ll never turn down an offer to watch television, I suggest we head downstairs for a break. Big Sister joins us as we snuggle down on the couch and I bring up the particular episode I want to see (Season 5, Episode 29, Blue Takes You to School).

Big Sister gives us a running critic of Periwinkle’s classroom experiences, comparing them to her own memories of Kindergarten. “We never had a rabbit, but we did have circle time! I love circle time!”

I notice how watching Periwinkle and Blue go to school seems to be making her feel more comfortable with the idea, and when the episode is over I enter “school” into the Netflix search box, hunting for other “first time at school” episodes. We watch Leap Frog: Let’s Go To School. She looks serious and contemplative, like she’s processing it all.

Next, at the big kid’s request, we watch the first episode of My Little Pony for the umpteenth time. Gigi snuggles up against my shoulder as she points out tips on how Twilight Sparkle makes friends. “See mom, she ‘Hellos’, just like I said.” “Yep” I agree, “Saying hi is a great way to make friends”.  After watching three shows I suggest we move on to something else that doesn’t involve screen time.

However the next time TV time comes around the little one asks if we can watch Blue go to school again and by the end of the episode my youngest child is more like her usual bouncy self. “When I think of school I feel like Blue!”, she says loudly, almost screaming. “So you mean you feel excited?” “Yes! Excited!”

I expect she’ll continue to fluctuate between nervous and excited. I also suspect she’ll ask to watch Blue and Periwinkle head to school at least a dozen more times over the next 16 days. And that’s okay. I can handle a little repetition, if it helps makes her feel more secure. I’m also all too aware that I should treasure these mid-day TV snuggles while I still can.

Yep. Excited and nervous. This mom is all Fluttershy and Periwinkle these days too.

What about you folks? Got any good recommendations for shows to watch to help calm the back to school jitters? 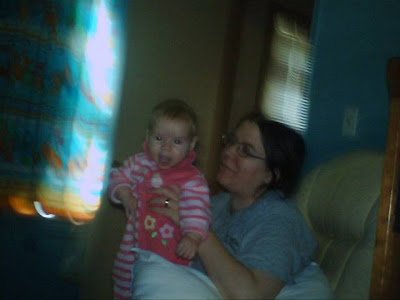 Through a Child’s Eyes
T.V. at Our House… 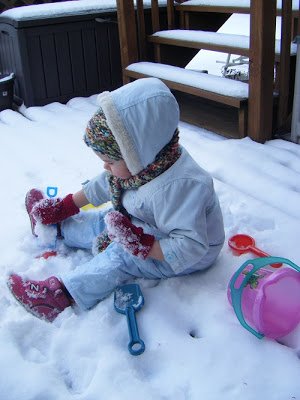 Who Needs a Sandbox When You’ve Got Snow?