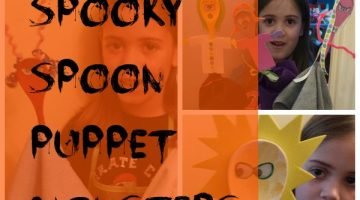 My mom is a pretty awesome grandma. She is the come over to my house and sleep over and bake cookies and make crafts kind of grandmother. She is way more thrifty and far more creative in coming up with art projects for the girls to make then I am. Possessing only the vaguest notion of what Pinterest is she does things old school, coming up with crafts through sheer … END_OF_DOCUMENT_TOKEN_TO_BE_REPLACED 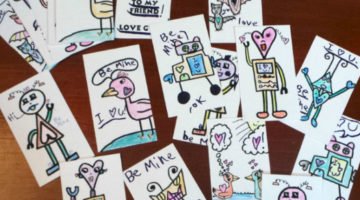 My kids and I did a fun project for Valentine's Day, we created DIY Valentine's Day cards using our scanner, printer, and some business card stock. I took my daughters drawings and turned them into pre-printed Valentines that they could colour in and address to their friends. It was a super simple project that turned out pretty fantastic looking, and had my girls proud to hand … END_OF_DOCUMENT_TOKEN_TO_BE_REPLACED 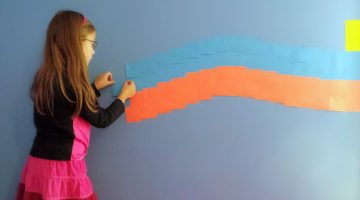 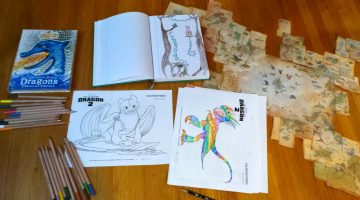 My nine year old daughter, Grace, is a big fan of the Dreamworks film How to Train Your Dragon, as well as the Netflix exclusive series Dragons: Race to the Edge. So much so that she decided she wanted to create her own "Book of Dragons".  Mostly this consists of her drawing various dragons, some based on beasts that appear in the show, and others being creatures that she makes … END_OF_DOCUMENT_TOKEN_TO_BE_REPLACED 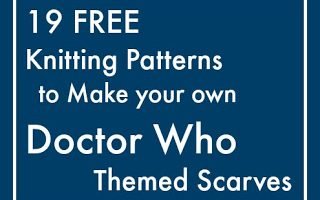 There are so many cool free Doctor Who scarf patterns out there. My knitting skills are pretty rusty, but I'm thinking I just might dig my needles out of the closet and try my hand at making one of these Doctor Who themed scarves. (I'm probably going to start with the official BBC pattern for Tom Baker's scarf -- who wouldn't want to wear that, even if just for fun?) Free … END_OF_DOCUMENT_TOKEN_TO_BE_REPLACED 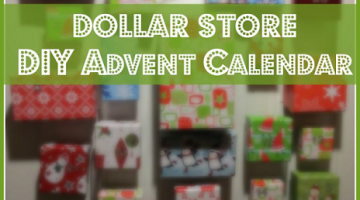 For several years now I've been locked in debate with my husband, with him thinking we need new advent calendars, and me using copious amounts of tape to mend the not-so-sturdy cardboard boxes and keep the one we had going. Then last year I came up with the brilliant idea to make a new advent calendar to hold our traditional Playmobil pieces. See for as long as my eldest has … END_OF_DOCUMENT_TOKEN_TO_BE_REPLACED 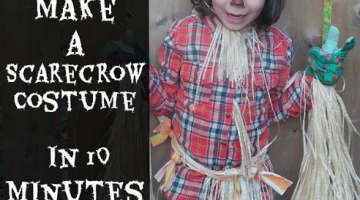 For Halloween, my Oz loving girls asked if they could be the Scarecrow and the Tin Woodsman. The seven year old had a clear vision of her Tin Woodman costume and some pretty elaborate ideas involving cardboard boxes and tinfoil. I was left wondering how I was going to turn her younger sister into the scarecrow. I had some ideas involving making straw out of yellow felt, or.... … END_OF_DOCUMENT_TOKEN_TO_BE_REPLACED 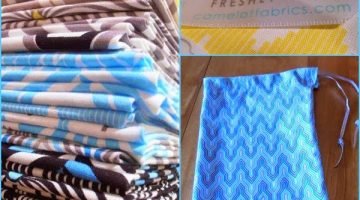 I love creating and crafting, and the most important thing when creating a project is having good quality supplies whether it be yarn, fabric, paints, thread whatever.  You need quality supplies that will last a long time so that your hard work is cherished for a long time. Camelot Fabrics has amazing quality fabrics that will help you take your projects to the next level.  … END_OF_DOCUMENT_TOKEN_TO_BE_REPLACED 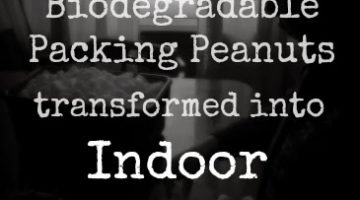 We spent G-Girl's last Snow Day building snow forts and snowmen in our dining room. The snow outside looks lovely shinning in the sunlight, but I'm not letting my kids outside to play on a day when they warn you can get frostbite in under five minutes. So instead, we brought the snow play inside. I gave them cornstarch based packing peanuts. The kind that are super … END_OF_DOCUMENT_TOKEN_TO_BE_REPLACED 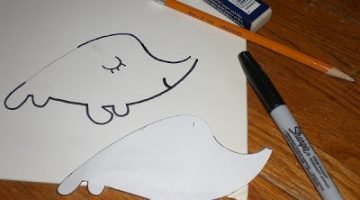 I found the cutest applique project over at Izzy & Ivy Designs. Perfect for sewing on to a t-shirt or a onesie.  I started thinking about how I could turn this into a Rainbow friendly project and here's what I came up with.... I prepped steps 1-3 ahead of time.... 1. Head over to Izzy & Ivy Designs and snag their Henrietta the Hedgehog applique template. Print … END_OF_DOCUMENT_TOKEN_TO_BE_REPLACED 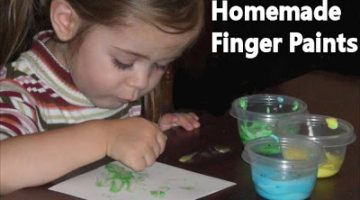 A couple of days ago we made some Edible Finger Paint.  It was incredibly easy to make.  It was also very easy to clean up after (and Gracie had a blast). I've read several kids activity books that suggestion using pudding as finger paint. However, I really prefer this variant because it's not as sweet, and therefore doesn't encourage kids to eat the paints. Also, you end up … END_OF_DOCUMENT_TOKEN_TO_BE_REPLACED